Erdogan also called for an immediate cease-fire between Russia and Georgia, describing the conflict in the Caucasus as "very worrisome." 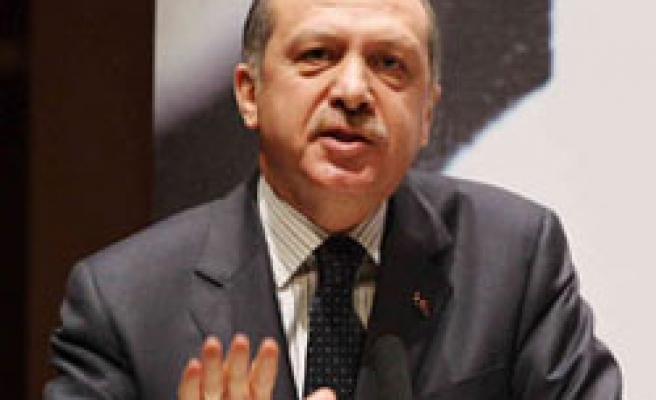 Erdogan said "I will talk to United Nations Secretary-General Ban ki-moon on this issue in the phone conversation."

Erdogan stressed this union should be formed with the contribution of other international actors.

"We can take create a common ground for peace in the Caucasus if we could take a step together with the U.S. and the European Union," he said.

The Turkish premier said the Russian Federation should also take part in such an alliance.

Erdogan also called for an immediate cease-fire between Russia and Georgia, describing the conflict in the Caucasus as "very worrisome."

"What we have been saying from the very first day was an immediate cease-fire and start of diplomatic talks," Erdogan told reporters on Monday.

"The Caucasus is a fragile region. Parties in this region should develop diplomacy together with an immediate cease-fire for peace," he said.

Asked about Russian news reports claiming that Erdogan called his Russian counterpart Vladimir Putin but could not speak with him and Putin did not call him back because Turkey was selling arms to Georgia, Erdogan said, "I have not asked for an appointment with Mr. Putin. These reports are baseless and do not reflect the truth. I would say more clearly that they are all lies."

"But I am thinking about talking with Mr. Putin. I will call him," Erdogan said.

On selling arms to Georgia, Erdogan said, "all countries do that. Today Russian Federation sells arms, and so do we. All these things are normal."

"We have been selling arms, from heavy weapons to armored vehicles, to several countries, and buying arms from different countries, including Russia," he said.

The issue of four Turkish journalists in South Ossetia, one of whom was wounded, was high on agenda of Babacan's conversation with his Russian counterpart.

Turkey has intensified mediation efforts in the region.

Syria and Israel have been holding indirect talks under Turkey's auspices, and also making some steps for the resolution of Iran's nuclear row. Last Mod: 11 Ağustos 2008, 18:16
Add Comment