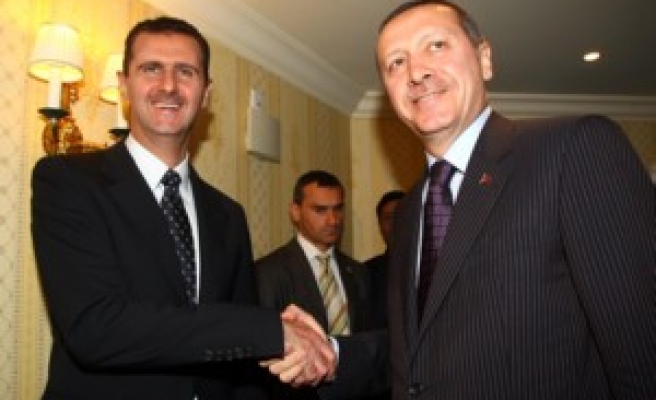 PM Erdogan's meeting with Ehud Olmert lasted one hour. Later Erdogan had an hour long meeting with Syrian President, where he was accompanied by Foreign Minister Ali Babacan and his advisor, deputy Egemen Bagis.

Erdogan told reporters after the meetings that he was optimistic about the indirect talks between Israel and Syria. Erdogan signalled that Turkey's role as mediator would continue and that the two countries should decide to hold direct talks.

Turkisk PM will later attend the Union For Mediterranean Summit and is expected to hold bilateral meetings with Prime Ministers of Spain, Italy, Sweden and Denmark.

Union for the Mediterranean

It was originally suggested by French President Nicolas Sarkozy as part of his election campaign. Sarkozy, last year, invited all Mediterranean leaders to a summit in France to take place in July 13th, 2008.