Turkish PM Erdogan said that his relatives in Germany fear for their safety and criticised Chancellor Angela Merkel for backing out of an event with Turks last month. 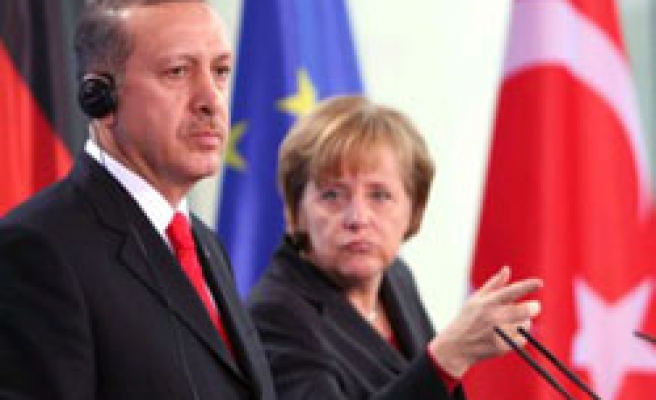 Turkish Prime Minister Tayyip Erdogan said in a newspaper on Thursday that his relatives in Germany fear for their safety and criticised Chancellor Angela Merkel for backing out of an event with Turks last month.

Asked by the Frankfurter Allgemeine Zeitung (FAZ) newspaper about a house fire last month that killed nine people of Turkish origin in Ludwigshafen, Erdogan said he had seen Nazi symbols on the door of the house during a subsequent visit to the site.

German prosecutors last week virtually ruled out arson as the cause of the blaze, which prompted doubts in the Turkish media that it was a racially motivated attack. Among the victims were five children and a pregnant woman.

"The German government must take severe measures," Erdogan said. "I have relatives in Germany and they tell me: we are scared."

The interview was published on the same day the government is hosting its third Islam Conference with representatives of the Muslim community aimed at boosting integration efforts.

After the last meeting in May 2007, some representatives of the country's 3.2 million Muslims criticised it for being little more than a debating forum that lacked clear goals.

On the eve of the conference, a poll showed that nearly four in five of Germany's Turks have lost faith in Merkel, who came into office vowing to foster better ties with the 2.7 million people of Turkish origin living in Germany.

Erdogan criticised Merkel during a visit to Germany last month after he urged Turks here not to assimilate and proposed Turkish-language schools be set up.

In the newspaper interview, he criticised the chancellor for not participating in an event in Cologne in which he spoke to a crowd of around 16,000 people of mainly Turkish origin.

"At first she wanted to come but then she backed away and suggested a panel with school children in the chancellery," Erdogan said.