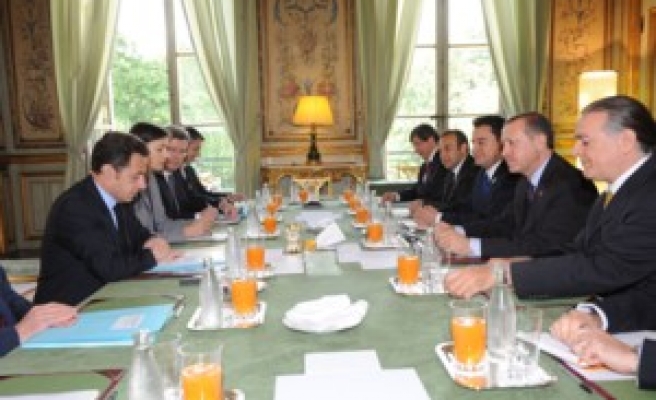 Officials said Erdogan had communicated Turkey's expectations from France during its presidency in accession talks with the EU while Sarkozy promised to allow accession talks to run its course. They added that Sarkozy said the negotiation chapters which were ready for review would be opened to negotiation during the French Presidency.

Officials added that Sarkozy appreciated Turkey's mediatorship between Israel and Syria, and he welcomed Turkey's active participation in the Union for Mediterranean Project.

France which opposes Turkey's full membership to the EU and offers "privileged partnership" instead, announced earlier that it would not object to the opening of two or three chapters to negotiations during its term as EU president.

France vetoed earlier, opening of the chapters on common fiscal and economic policy as it made direct reference to full membership.