"We may work on a reasonable bill to amend article 301(Turkish Panel Code) if a reasonable proposal is made," said Turkish Prime Minister Recep Tayyip Erdogan. 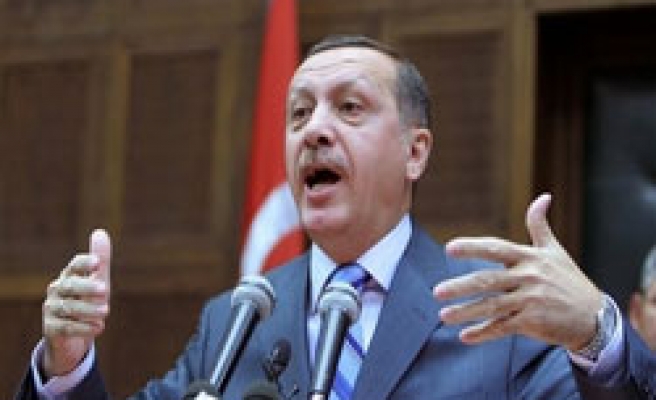 "If a reasonable proposal is made (regarding Article 301 of Turkish Penal Code), we may work on it," Turkish PM Recep Tayyip Erdogan said on Tuesday.

"Two alternatives have emerged when we discussed this matter (possible amendment of the article). One of them was to abolish it, and the other was to replace the expression 'Turkishness' with an expression like 'Turkish nation'," Erdogan noted when answering questions of Altan Oymen, a columnist of Turkish Radikal daily; Michael Oreskes, the editor-in-chief of International Herald Tribune; and Marcus Spillmann, the editor-in-chief of Neue Zurcher Zeitung; following his speech in the 2007 World Congress of International Press Institute (IPI), in Istanbul.

Erdogan noted that some of the expression in this article can be amended.

"I believe that we will get better results in (upcoming general) elections," Erdogan said after he recalled that his Justice & Development (AK) Party won 34.4 percent of total votes in the previous general elections.

"I believe that newly-elected French President Nicholas Sarkozy's attitude towards Turkey's EU membership is wrong within the scope of international diplomacy. This attitude stems from prejudices, and Sarkozy should overcome these prejudices," Erdogan commented.

Erdogan went on saying, "Turkey is fairly close to many tense areas in the world and some other potential threat areas.

Therefore, we are exerting active efforts to ensure peace, stability and compromise in our region. We have to believe that we can overcome the lack of confidence and doubts that emerge between different beliefs and civilizations by common values, not by fear and pressure.

I believe that the problem lies in inequality in the level of development of countries and nations, not between the Western and Islam world."

On the other hand, Erdogan said, "restriction of freedom of press in one country means that society cannot discuss its matters in detail. And, this is the most serious obstacle before social development."