Palestinian Prime Minister Ismail Haniyeh rejected Abbas' declaration, calling it "hasty" and saying he would maintain the unity government. Haniyeh said the situation was "not suitable for unilateral decisions." 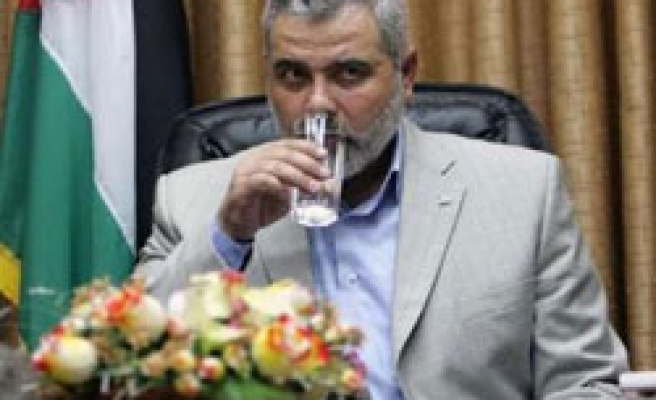 Palestinian President Mahmoud Abbas declared a state of emergency and disbanded the Hamas-led unity government after effectively taking control of the Gaza Strip on Thursday.

Abbas, of Fatah, fired the Hamas prime minister and said he would install a new government, replacing the Hamas-Fatah coalition formed just three months ago. Abbas' decrees, which he issued in Ramallah, won't reverse the Hamas takeover of Gaza.

At a news conference in Gaza City early Friday, Palestinian Prime Minister Ismail Haniyeh rejected Abbas' declaration, calling it "hasty" and saying he would maintain the unity government. Haniyeh said the situation was "not suitable for unilateral decisions."

He said the Hamas would impose law and order "firmly, decisively and legally." He also rejected the idea of a Palestinian state in Gaza only, run by Hamas.

In Damascus, one of the exiled leaders of Hamas, Moussa Abu Marzouk, also rejected setting up an Islamic state there. "Gaza will remain Gaza and there will be no changes in its future and will continue to be linked to the West Bank," he said.

Some 2 million Palestinians live in the West Bank, territory that borders on the Jordan River and Jordan. About 1.4 million reside in Gaza, a 25-mile strip along the Mediterranean that touches Egypt.

"Hamas has leadership, a goal, an ideology and funding," said Gaza analyst Talal Okal. "Fatah has neither leadership, nor a goal, a vision or money."