PM Putin to carry on TV debates with Russians

It was not immediately clear whether Medvedev would hold similar TV debates. 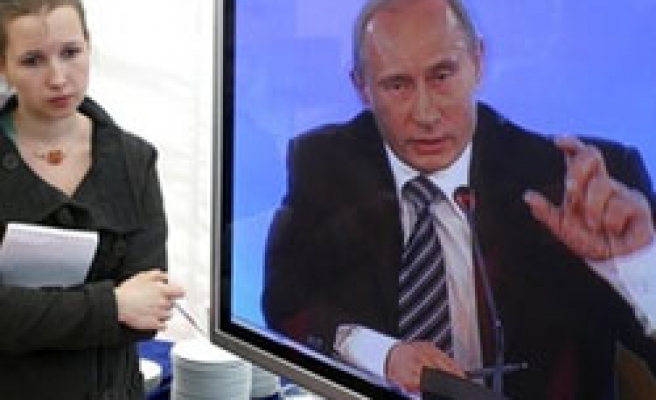 Prime Minister Vladimir Putin, who stepped down as Russian president last month, said on Sunday he would continue question-and-answer sessions with the nation, this time as leader of the ruling party.

Putin began the live televised debates during his eight-year presidency. Lasting for hours and often peppered with Putin's witticisms and tongue-in-cheek remarks, they fast won popularity among ordinary Russians who sent in questions and complaints about their day-to-day lives.

Putin became chairman of the United Russia party on May 7, the day his personally endorsed successor Dmitry Medvedev was sworn in as Russian president.

Many of his compatriots believe Putin continues to run Russia from his new power base as prime minister and leader of the biggest political party.

It was not immediately clear whether Medvedev would hold similar TV debates.

"I believe it is possible to employ the experience of live televised sessions," Putin told his first meeting with United Russia parliamentarians, at a venue outside Moscow, adding it would help the party hold a direct dialogue with the people.

Many Russian voters credit Putin with bringing stability and economic growth after the chaos that followed the collapse of the Soviet Union.

His United Russia has a majority in the Duma lower house of parliament and the majority of regional governors are members of the party.