Polish Prime Minister Donald Tusk had insisted the United States provide more military cooperation in return for consent to host 10 interceptor rockets at a base in northern Poland. 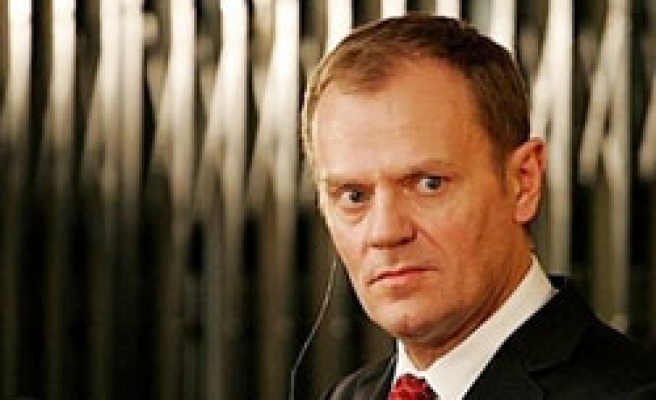 Poland and US signed a long-stalled deal on Thursday to place an American missile defense base on Polish territory, in the midst of the Georgia crisis.

Russia says the U.S. system poses a threat to its and Europe's security, but U.S. denied.

Russian move into Georgia is likely to heighten tension between Russia and the West, already high over Moscow's military action in Georgia.

The preliminary deal was signed by deputy Polish Foreign Minister Andrzej Kremer and U.S. chief negotiator John Rood. It must be endorsed by both governments and Poland's parliament.

Polish Prime Minister Donald Tusk had insisted the United States provide more military cooperation in return for consent to host 10 interceptor rockets at a base in northern Poland.

US says the interceptors and a radar in the Czech Republic will form part of a global shield protecting the United States and its allies from long-range missiles.

"We have crossed the Rubicon," Tusk said just before the deal was signed.

Washington has agreed to move a battery of Patriot missiles.

In what appeared to be a first sign of Moscow's displeasure, Russian Foreign Minister Sergei Lavrov on Thursday cancelled a planned trip to Warsaw in September, Polish diplomats said.

Russia has also been angered by Poland's strong verbal support for Georgia.
Moscow has threatened to take retaliatory steps against Poland and the Czech Republic, its former reluctant vassals who are now part of the European Union and NATO, for hosting the U.S. system on their territory.

If everything goes to schedule, the interceptor base would be ready by around 2012, officials have said. The Czechs have already signed an agreement to host the radar although parliament there must ratify it.

Tusk said this week that United States had become more receptive to the idea of offering aid to boost Poland's own defences in the light of Russia's military action in Georgia.

But U.S. officials suggested Polish leaders may have become more interested in concluding negotiations that had dragged on for months after Moscow's actions in Georgia sparked alarm.

The Patriot missiles would provide protection against short-range ballistic missiles such as the SS-21 system used by Russia in Georgia, according to the Missile Defence Advocacy Alliance, a U.S. group that lobbies in favour of missile defence.

"Deploying a United States Strategic asset that protects the national security of the United States in the country of Poland further enhances the security and sovereignty of Poland," the group's president Riki Ellison said.

Polish Foreign Minister Radoslaw Sikorski played down the impact of the events in Georgia on the deal, apparently hoping to soften any criticism from Moscow.

The shield deal, if approved by parliaments in Prague and Warsaw, will be a success for President George W. Bush, whose foreign policy record has been widely criticised.