Police in China have rescued 217 people, including 29 children, who had been working as ‘slaves’ in brick kilns, state press reported Thursday. 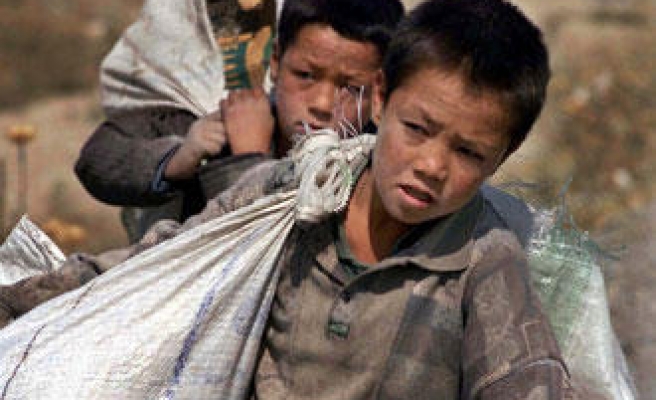 Police in China have rescued 217 people, including 29 children, who had been working as ‘slaves’ in brick kilns, state press reported Thursday.

‘The labourers were enticed or sent by human traffickers to the kilns, but upon arrival were beaten, starved and forced to work long hours without payment,’ the official Xinhua news agency reported.

Police in central Henan province said they had detained 120 suspects.

‘We must do everything we can to fight human trafficking and rescue those held captive,’ Xinhua quoted Henan police chief Qin Yuhai as saying.

The arrests came after reports in the Chinese press in recent days that said children had been working as slaves in brick kilns in neighbouring Shanxi province. Photos of distraught parents were also printed in the press.

Xinhua said that following the reports, more than 35,000 police had been dispatched to check 7,500 kilns in Henan.

Eight of the 217 slaves who had been rescued had been working in kilns in Zhengzhou, Henan’s capital city, according to Xinhua. Last Mod: 14 Haziran 2007, 16:05
Add Comment