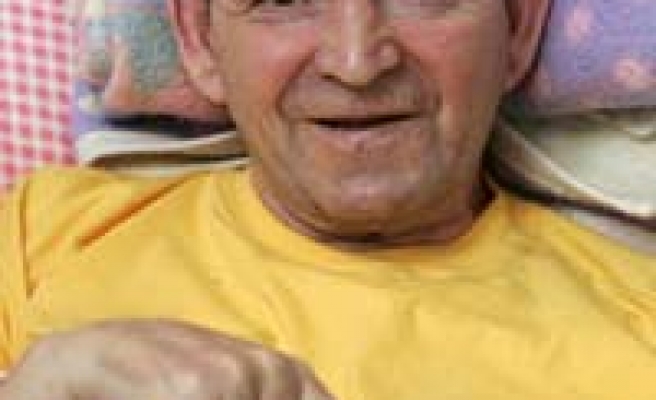 In 1988, Grzebski fell into a coma after sustaining head injuries as he was attaching two train carriages. Doctors also found cancer in his brain and said he would not live. Grzebski's wife Gertruda Grzebska took him home.

Despite doctors' predictions, his wife never gave up hope and took care of him at home. She believed Jan would recover. For years, Gertruda fed her husband Jan carefully with a spoon and moved his body to prevent bedsores.

"For 19 years he did not move or say anything," Gertruda said, "He tried to say things but it couldn't be understood. Sometimes we pretended we understood."

Last October Jan fell sick with pneumonia and had to be hospitalized again, Gertruda said.

Doctors' efforts led to the first signs of recovery.

"He began to move and his speech was becoming clearer, although I was the only one to understand him," she said.

"At the start, his speech was very unclear, now it is improving daily," said Pstragowski, who predicted his patient would soon walk. "I am sure that without the dedication of his wife, the patient would not have reached us in the (good) shape that he did."

"This is my great reward for all the care, faith and love," Gertruda told media, weeping.

Grzebski awoke to find his four children had all married and produced 11 grandchildren during his years in hospital.