Poland's parliament on Tuesday adopted the European Union's Lisbon Treaty after weeks of feuding between government and opposition. 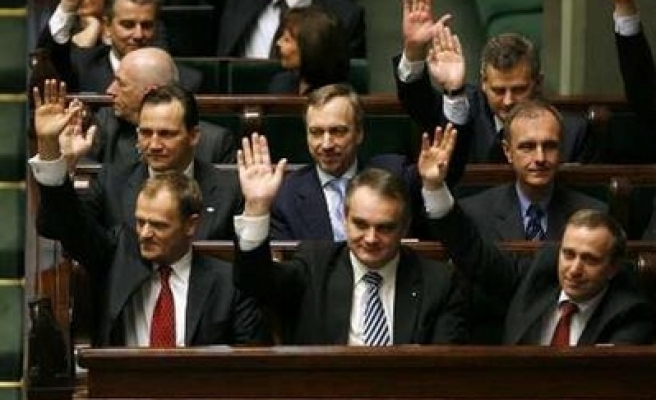 The law enabling the president to sign the treaty was adopted by a large majority, with 348 MPs voting in favour and 56 against with twelve abstentions.

Ahead of the crucial vote Kacynski and Donald Tusk promoted the treaty's importance.

Speaking to parliament, Kacynski said the adoption would be good news for both Poland and Europe.

The Lisbon document represented the fruit of a good compromise, Poland's head of state told MPs.