Warsaw angered Moscow this week by agreeing to host elements of a U.S. anti-missile system. 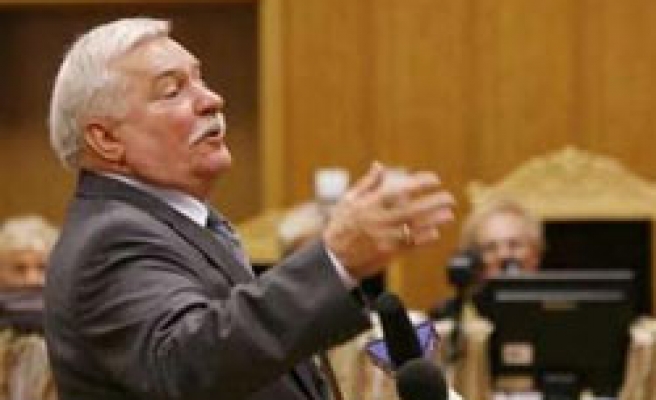 Polish President Lech Kaczynski said the European Union should have been more critical of Russia's military assault on Georgia, with the bloc making clear to Moscow that "imperial times have ended".

In an interview with the Rzeczpospolita daily published on Saturday, Kaczynski said EU policy towards Russia was dictated by France and Germany and it was a joke to suggest that the 27-nation grouping had a common stance.

A ceasefire in Georgia was brokered by France after several days of fighting, a deal Kaczynski has criticised for lacking a key element -- recognition of Georgia's territorial integrity.

"I believe that the (EU) reaction should have been more decisive," he said in the interview.

"The Russians should have been told that imperial times have ended and that if Russia does not want to find itself in international isolation, it must abandon such policy and that's that," Kaczynski said.

"Once again it turned out that, in actuality, decisions of this organisation (the EU) were being taken between Berlin and Paris. (French President Nicolas) Sarkozy agreed the position with Chancellor Angela Merkel, whose voice proved to be decisive," Kaczynski said.

"Saying that the European Union has a common policy towards Russia is a joke. Because what policy would that be -- submissiveness?"

After the eruption of the armed conflict over South Ossetia between Georgia and Russia, Kaczynski took a pro-Georgian stance, urging NATO to give Tbilisi a clear roadmap to membership of the alliance to protect the ex-Soviet nation in the future from its former overlord.