After having enjoyed stability for a long period -- some five years -- Turkey is apparently going through a tunnel of uncertainty now, largely stemming from the political noise that has been turned up since the presidential election in April. 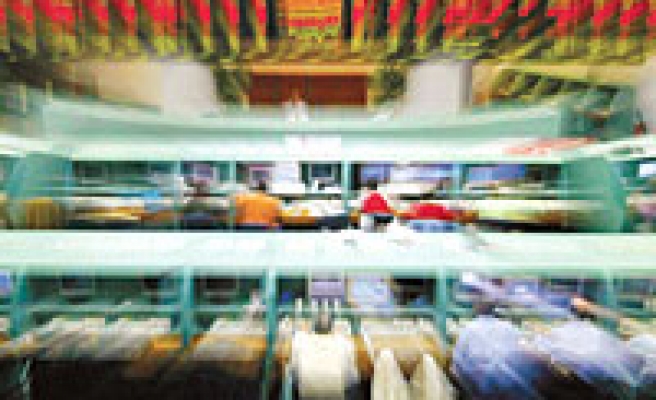 After having enjoyed stability for a long period -- some five years -- Turkey is apparently going through a tunnel of uncertainty now, largely stemming from the political noise that has been turned up since the presidential election in April.

But markets seem to not be paying too much attention to what is going on. They are acting as if they have seen a bright light at the end of the tunnel.

The benchmark index of the İstanbul Stock Exchange (İMKB-100) is hovering at around 46,000 points, meaning almost no decline has happened since the failed presidential election. The Turkish lira, on the other hand, has appreciated more since then, further worrying Turkish exporters who are currently working with extremely low profit margins. The dollar was around YTL 1.35 in late April but had fallen below YTL 1.3 as of yesterday.

The latest analysis of global consulting company Morgan Stanley on global markets commented on Turkey that it "has become less vulnerable to 'fat tail' events, thanks to economic normalization and structural progress, but that is still not enough to explain the prevailing sense of enthusiasm in financial markets."

The high-risk appetite of investors, along with excessive liquidity in global markets, are keeping Turkey's markets in the bullish mode, it said, adding that continuously high growth rates are also contributing to the positive climate. Nevertheless, its analysts assert monetary variables cannot shield against deepening political uncertainty, which could suddenly corral the "İstan-bull."

Coordinator of General Finance Hüseyin İstanbullu believes the main factor lying behind the "weird" situation of the markets -- that is, their positive reaction to negative developments in the political arena -- is the abundant global liquidity. "There is nearly $90 billion in foreign capital actively operating in the Turkish markets," İstanbullu notes, adding these funds are not short-term and transient entries. Morgan Stanley also draws attention to the same point with a perspective that the economy is still strong enough to absorb shocks and remain on a robust growth trend. İstanbullu explains foreigners' expectations and aspirations about the future of the Turkish markets by quoting a recent analysis by Raymond James about the upcoming parliamentary elections.

According to a opinion poll conducted by the KONDA market research agency for the Raymond James brokerage, the ruling center-right Justice and Development Party (AK Party) will sweep back to power in the July 22 elections with 307 seats in the 550-member Parliament by getting 41.9 percent of the total vote.

This is read as the financial markets hoping for a clear-cut victory for Prime Minister Recep Tayyip Erdoğan’s AK Party, fearing a coalition government would bring economic and political instability. Raymond James’s poll also showed that two other parties will surpass the 10 percent election threshold and enter Parliament. That means there will be a single-party government, but there won’t be a majority of any party to amend the Constitution.

The AK Party’s attempts to amend the Constitution had not been welcomed by the secular established state and thus had caused tensions. It would need 367 seats, or two-thirds, to amend Turkey’s Constitution.

İstanbullu says these expectations are the real reason for foreigners’ demand for Turkish companies in merger, acquisition and privatization deals. “Now everyone is singling out Taiwan and Turkey among all emerging markets across the world. These two markets will continue their attractiveness for a longer time unless shocks or unexpected turbulence happens in the global markets,” he added.

The foreign holdings of equity and their demand for the Treasury’s Domestic Debt Notes (DİBS), which are at their highest levels ever, are clear factors explaining the boom in the markets. These holdings account for over 70 percent of free float in the equity market and 37 percent of non-bank holdings of domestic government debt. Chairman of the Bourse Experts Association (BUD) İsmail Tanlı gives extra figures about the foreign presence in Turkish markets.

“Ninety-two percent of the money invested in the shares of the İMKB-30 Index is from foreigners. Moreover their share in total holdings in the İMKB-100 is 74 percent,” notes Tanlı, emphasizing that these levels of foreign demand are not likely to fade easily in the short term. Tanlı also stresses the effect of the budgetary discipline that the Finance Ministry has adhered to so far.

“In the past, governments were drawing huge amounts of liquidity from the financial markets to finance their deficit in the budget. But thanks to financial discipline, this government didn’t undertake such a policy and the markets enjoyed relief,” he says. For Tanlı, if the upcoming elections give way to a single-party government again, the İMKB-100 Index will gradually increase to above 65,000 points. “Turkey will gain back the time it lost during the last year and will catch its competitors again after the elections,” he said.

In its report Morgan Stanley has maintained a constructive assessment of Turkey’s economic normalization and valued its institutional convergence toward Europe no less than fiscal consolidation and disinflation. “Indeed, the sustainability of macroeconomic gains depends critically on institutional predictability and credibility as much as on prudent policies.”