Polls open in Algeria election with a call for boycott

Polls opened Thursday to elect a new parliament in Algeria, amid a boycott call from the north African wing of Al-Qaeda. 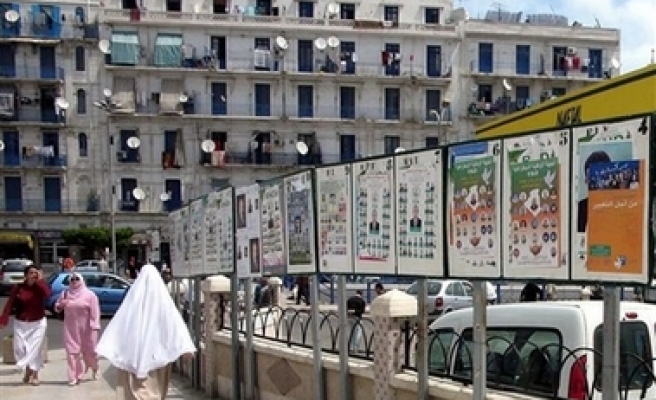 Polls opened Thursday to elect a new parliament in Algeria, amid a boycott call from the north African wing of Al-Qaeda.

Nearly 18.8 million Algerians are registered to cast ballots at more than 42,000 polling stations for the 389-seat National People's Assembly, with 28 parties and 12,229 candidates in the running.

The results were not expected to significantly change the political landscape in Algeria, with allies of President Abdelaziz Bouteflika, 70, expected to retain a majority of seats.

On the eve of the voting, a police officer was killed and five other people were injured Wednesday in Algeria's third-biggest city Constantine, 48 hours after Al-Qaeda called on Algerians to boycott the polls en masse.

Two home-made bombs, hidden in plastic bags, went off early Wednesday in the working-class Daksi district of Constantine -- one near a cafe, the other in the centre of a traffic roundabout, a police source said.

It was the most serious incident in an Algerian city since triple suicide bombings on April 11 in the capital Algiers, claimed by Al-Qaeda, took 30 lives and left 220 injured.

Political analysts say that, with power in Algeria concentrated in the president, whose mandate ends in 2009, many Algerians have little interest in parliament and may therefore not bother to vote anyway.

Heightened security has been put in place throughout Algeria, north Africa's biggest country, and the interior ministry has ordered trucks to stay off the roads, markets to be closed, and sporting and cultural events to be postponed to another day.

Thursday was declared a public holiday to encourage citizens to vote.