"Islam is basically monogamous in nature, but in some limited and rare conditions polygamy is tolerated," religious affairs minister Maftuh Basyuni said during a break in a Constitutional Court hearing. 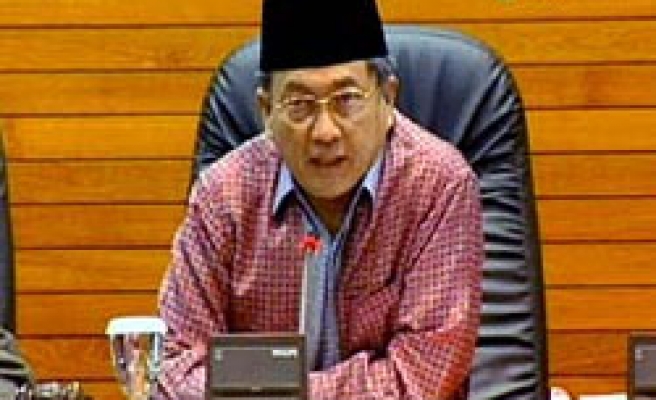 "Islam is basically monogamous in nature, but in some limited and rare conditions polygamy is tolerated," religious affairs minister Maftuh Basyuni said Wednesday during a break in a Constitutional Court hearing.

The hearing was held to examine a request filed last month by M. Insa, a Muslim whose wife refused his request to allow him to take a second wife, on the basis of the 1974 Marriage Law, for the Constitutional Court to rule on the constitutionality of articles 3, 4, 5, 9, 15 and 24 of the law.

Islam promotes monogamy in marriage, with polygamy neither a responsibility for Muslims nor a basic right, a top government official says. These articles stipulate the requirements for a husband to practise polygamy. Insa claims the articles discriminate against his constitutional right to practise polygamy as part of his religion.

Article 4 of the 1974 law permits a husband to practise polygamy if his first wife is unable to perform her marital obligations, is physically impaired, suffers from an incurable disease or is unable to have a child.

Article 5 says that in order to get permission from a religious court to take another wife, a husband must receive the approval of his current wife or wives, as well as guaranteeing to support his existing wives and children financially.

The government regards Islam as basically monogamous in nature, on the basis of verses 3 and 129 of the An-Nissa Letter of the Koran.

These verses say respectively, "(If) you fear that you shall not be able to deal justly (with them), then only one ...", and "(You) will never be able to be fair and just among your women, even if it is your ardent desire ...".

Minister Maftuh said during the hearing that polygamy was legally forbidden if the husband were unable to be fair or hurt his wives, either physically or mentally.

According to the ministry, several countries, including Turkey, Tunisia, Egypt and Jordan, have stricter regulations on polygamy than Indonesia. In some of these countries, these regulations include criminal punishment.

"Ours (regulations) are more lenient than theirs," director general for Islamic community counseling at the Religious Affairs Ministry Nasaruddin Umar told the judges during the hearing.

Maftuh told the court: "Polygamy is not obligatory ... although it can be considered as commendable if it's done like (in the time of) the Prophet, in order to help women who lost their husbands in wars."

He also said polygamy could not be considered a basic human right.

Minister Maftuh, however, said the 1974 law would not be revised.

Nasaruddin said the government would deliberate a bill on religious courts currently in the parliament once it was approved by the preesident. "The draft, which is an explanation of the 1974 law, is closely related to polygamy."

He said the bill provides guidance for religious courts to settle marriage cases, as well as regulating marriages performed by religious authorities but not registered, which are regarded as illegal.

"When it's enacted, people will not be able to get married so easily. There is the possibility for imprisonment and fines," Nasaruddin said.

"It should be noted that the 1974 law does not shut the door on polygamy, but nor does it throw the door open to polygamy," he said.