Carla Del Ponte, the chief UN war crimes prosecutor, urged the international community to press for the arrest and extradition of the four remaining war crimes suspects in the 1992-1995 Balkans conflict. 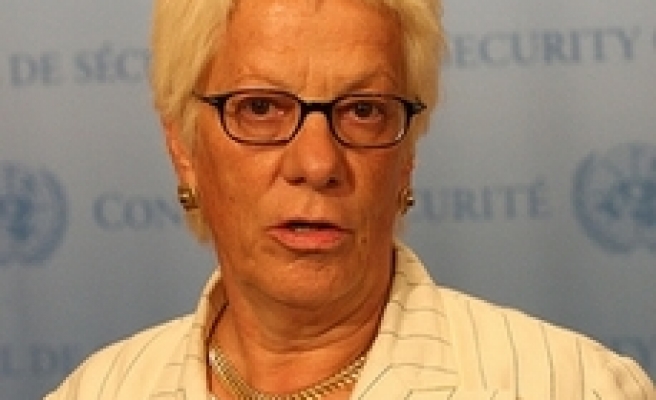 Carla Del Ponte, the chief UN war crimes prosecutor, Monday urged the international community to press for the arrest and extradition of the four remaining war crimes suspects in the 1992-1995 Balkans conflict.

She told the United Nations Security Council that the failure to bring in the two top suspects - Bosnian Serb wartime military commander Ratko Mladic and his political supremo, Radovan Karadzic - was a major gap in the work of the International Criminal Tribunal for the former Yugoslavia (ICTY) in the Hague.

Her experience had however shown that the UN, the European Union and other organizations had the potential to bring about cooperation from the former countries that once made up Yugoslavia in bringing in the suspects.

In June alone, two key fugitives were arrested - Bosnian Serb war crimes suspect Zdravko Tolimir and Serbian police general Vlastimir Djordjevic, she pointed out to the council. Both men have been transferred to the ICTY detention unit.

The court believes that Mladic and Karadzic were either in Serbia or within reach of the Serbian government. But del Ponte said she was 'worried' that the responsible security agencies had lost the two out of their sight, and were no longer looking for them.

Del Ponte said she was confident that the countries in the region had the means to find and arrest the two men. She greeted the fact that in the first six weeks of its term, the new Serbian government in Belgrade had signalled a stronger preparedness to bring the two men in than in the past.

Of the 161 suspects charged since the tribunal was established in 1993, only four remained at large. Karadzic and Mladic, as key figures in directing the brutal ethnic cleansing of Muslims in the Balkans, are considered the worst offenders of the four. The other two are Bosnian Serb Stojan Zupljanin and a Croatian Serb leader Goran Hadzic.

It is known that at least Mladic until recently had support from military circles.

The progress in the war crimes issue was welcomed by the West and led last week to the unfreezing of talks aimed at bringing Serbia closer to EU membership.

The talks were suspended in May 2006 over Belgrade's reluctance to bring the remaining fugitives to justice.

Local media reported several raids over the past weeks and it is widely expected that dwindling support for the fugitives will result in their capture in a matter of weeks. Last Mod: 19 Haziran 2007, 17:15
Add Comment