Pope Benedict XVI blamed both Marxism and unbridled capitalism for Latin America's problems on Sunday, urging bishops to mold a new generation of Roman Catholic leaders in politics to reverse the church's declining influence in the region. 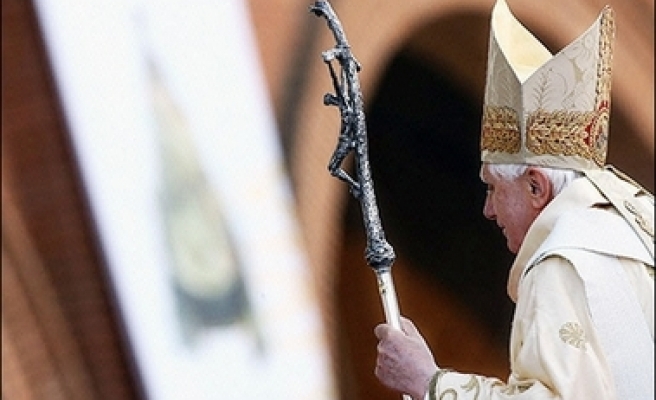 Pope Benedict XVI blamed both Marxism and unbridled capitalism for Latin America's problems on Sunday, urging bishops to mold a new generation of Roman Catholic leaders in politics to reverse the church's declining influence in the region.

Before boarding a plane for Rome at the end of a five-day trip to the most populous Catholic nation in the world, Benedict also warned that legalized contraception and abortion in Latin America threaten "the future of the peoples" and said the historic Catholic identity of the region is under assault.

Like his predecessor Pope John Paul II, Benedict criticized capitalism's negative effects as well as the Marxist influences that have motivated some grass-roots Catholic activists.

"The Marxist system, where it found its way into government, not only left a sad heritage of economic and ecological destruction, but also a painful destruction of the human spirit," he said in his opening address at a two-week bishops' conference in Brazil's holiest shrine city aimed at re-energizing the church's influence in Latin America.

Touching on a sensitive historical episode, Benedict said Latin American Indians had been "silently longing" to become Christians when Spanish and Portuguese conquerors took over their native lands centuries ago.

"In effect, the proclamation of Jesus and of his Gospel did not at any point involve an alienation of the pre-Columbus cultures, nor was it the imposition of a foreign culture," he said.

Many Indians, however, say the conquest of Latin America by Catholic Spaniards and Portuguese lead to misery, enslavement and death.

The pope also warned of unfettered modern-day capitalism and globalization, blamed by many in Latin America for a deep divide between the rich and poor. The pope said it could give "rise to a worrying degradation of personal dignity through drugs, alcohol and deceptive illusions of happiness."

Benedict, speaking in Spanish and Portuguese to the bishops, also said Latin America needs more dedicated Catholics in leadership positions in politics, the media and at universities. He also said the church's leaders must halt a trend that has seen millions of Catholics turn into born-again Protestants or simply stop going to church.