In an unexpected about-face, Pope Benedict will restore power and prestige to the Vatican department that oversees dialogue with Islam a year after he controversially downgraded it. 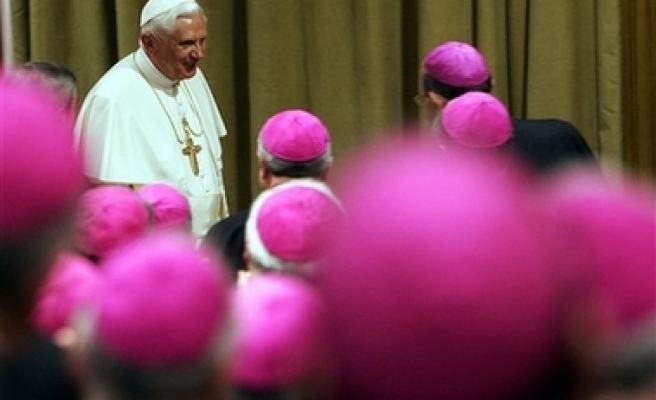 In an unexpected about-face, Pope Benedict will restore power and prestige to the Vatican department that oversees dialogue with Islam a year after he controversially downgraded it.

The move to restore the department to its former higher status comes as Catholic-Muslim dialogue is still feeling the negative effects of the Pope's speech last September in which he appeared to equate Islam with violence.

Cardinal Tarcisio Bertone said in an interview at the weekend with La Stampa newspaper that the Pontifical Council for Inter-religious Dialogue would again become "a separate department."

In March, 2006, the Pope beheaded the office by putting it under joint presidency with the Vatican's culture ministry and removing its president, Archbishop Michael Fitzgerald, a Briton.

Both Catholics and Muslims in inter-faith dialogue criticized the move, with many saying it sent a negative signal to the Islamic world.

Vatican sources said on Monday Cardinal Bertone's comments meant the department would soon get its own head again.

"This would be a very positive thing for Muslims," said one senior Muslim official, long active in inter-faith dialogue.

The official, who asked not to be named, said Muslims had interpreted the merger of the department with the Vatican's culture ministry as a sign that the Pope wanted to focus inter-faith work on relations with other Christian churches.

In his September speech in Regensburg, Germany the Pope quoted a 14th century Byzantine emperor as saying Islam had "only brought evil to the world and that it was spread by the sword".

He later said he regretted any misunderstanding it caused among Muslims, after protests in the Middle East.

But as late as this month, the Regensburg speech was still having repercussions on Islam-Catholic dialogue.

When former Iranian President Mohammad Khatami met the Pope on May 4 he said wounds between Muslims and Christians were still "very deep" as a result of the Regensburg speech.

Some observers saw the Regensburg issue as a direct consequence of the Pope's downgrading of the Muslim dialogue office and the removal of Bishop Fitzgerald since the Vatican no longer had a world-class expert on Islam to advise the Pope.

"It looked like that was the end of the dialogue with Muslims," the Islamic source said, adding that relations were somewhat improved after the Pope visited Turkey in November, 2006 and prayed with an imam in Istanbul's Blue Mosque.

The official said he hoped the Vatican would also bring back Bishop Fitzgerald.

"Archbishop Fitzgerald was the best person the Vatican had for dialogue with Muslims," the Muslim official said. Last Mod: 28 Mayıs 2007, 16:39
Add Comment