Pope Benedict XVI has changed the rules for electing a new pope, returning to the traditional requirement that two-thirds of the cardinals in the conclave agree on a candidate, the Vatican said Tuesday. 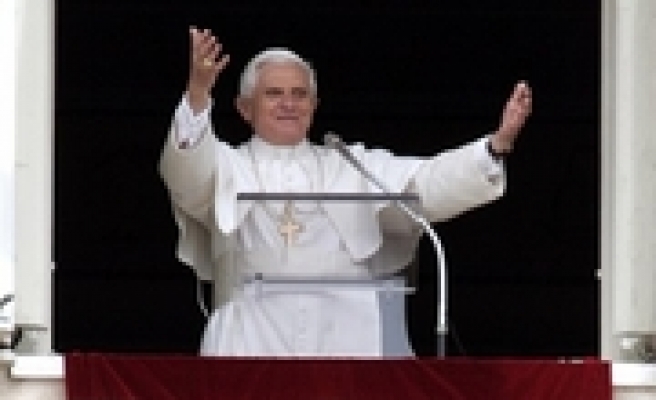 Pope John Paul II had altered the voting process in 1996, allowing the pope to be chosen by an absolute majority if the cardinals were unable to agree after several days of balloting in which a two-thirds majority was needed.

In a document released Tuesday, Benedict said he was returning to the traditional voting norm, essentially reversing John Paul's reform of the centuries-old process.

The brief document, written in Latin, was dated June 11 and signed by Benedict.

Benedict, the former Cardinal Joseph Ratzinger, was elected pope on April 19, 2005 in one of the fastest conclaves in modern history. He reportedly was elected after four ballots, with 84 of the 115 votes.

In the document, Benedict explained that John Paul had received a number of requests to return to the former system after he issued his 1996 document, Universi Dominici Gregis, outlining the rules for a conclave.

Analysts had noted that the original two-thirds requirement had served as an incentive to compromise or find a new candidate in the event of a deadlock.

But with John Paul's new rules, the majority bloc in a conclave could push a candidate through by simply holding tight until the balloting shifted from the two-thirds requirement to an absolute majority.

"It would seem that Pope Benedict wants to ensure that whoever is elected pope enjoys the greatest possible consensus," said the Vatican spokesman, the Rev. Federico Lombardi.

John Paul instituted the simple majority in part to avoid a deadlock like the one in the 13th century, when negotiations over choosing a new pope lasted three years. Angry locals in Viterbo north of Rome, where the conclave was being held, removed the roof of the cardinals' meeting hall and threatened to slash food rations unless they picked a winner.

In 1623, eight cardinals died of malaria during a midsummer conclave in Rome that lasted 19 days.

Benedict's document, called a "motu proprio" was something of a surprise. In fact, the main criticism of the Vatican's voting process to date has concerned the exclusion of cardinals over age 80 from the balloting.

Benedict, who turned 80 in April, however, maintained that requirement.