Pope Benedict and the Archbishop of Canterbury discussed Christian-Muslim relations on Monday in their first meeting since the Anglican leader's comments on Sharia law. 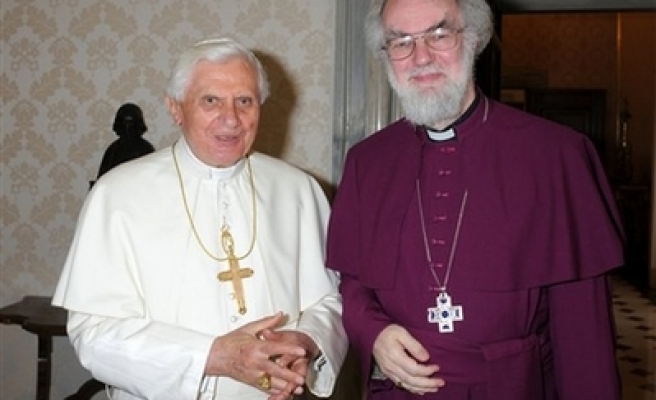 A Vatican spokesman said Rowan Williams and the pope spoke privately for about 20 minutes and discussed Christian-Muslim relations, inter-faith dialogue and the pope's impression of his visit to the United States last month.

He described the visit, the second official meeting between the Pope and the spiritual leader of the world's 77 million Anglicans, as "warm and friendly".

Williams had said that it was unavoidable that some aspects of Sharia, Islamic law, would be adopted in Britain.

He is in Rome for the 7th Building Bridges Seminar, an annual meeting of leading Christian and Muslim scholars for intensive study of Biblical and Koranic texts.

The theme for this year's seminar, organised together with Georgetown University in Washington D.C., is "Communicating the Word: Revelation, Translation and Interpretation in Christianity and Islam".