There have been 107 convictions for sexual abuse in the Catholic Church in Australia, but victims groups say there may be thousands of cases as very few make it to court. 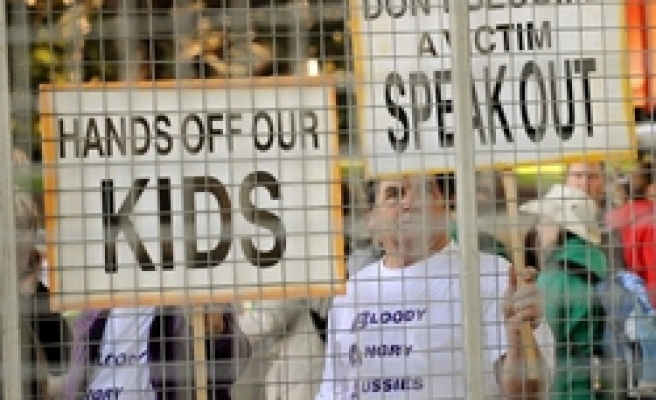 Pope Benedict met four Australian victims of sexual abuse by Catholic clergy on Monday at a private Mass, an unscheduled meeting that underlined his weekend public apology and condemnation of sexual abuse in the Church.

Sexual abuse by Catholic clergy has shadowed the pope's visit to Sydney, with emotional pleas by victims and their families for the pope to ensure that the Church deals openly with the issue.

"As an expression of his ongoing pastoral concern for those who have been abused by members of the clergy, His Pope Benedict XVI today celebrated Mass with a representative group of victims," the Vatican said in a statement.

The private Mass was held in a chapel at St Mary's Cathedral in Sydney, only hours before the 81-year-old pontiff was due to leave Australia for Rome.

There have been 107 convictions for sexual abuse in the Catholic Church in Australia, but victims groups say there may be thousands of cases as very few make it to court.

Benedict apologised on Saturday for clergy sexual abuse in Australia, condemning it as "evil" and saying abusers should be brought to justice.

The comments are believed to be the first time the pope has specifically apologised for sexual abuse by clergy and stated clearly that abusers should be brought to justice.

Abuse victims in Australia had been calling on the pope to issue a public apology, during his visit to Sydney for World Youth Day, and to also implement an open and accountable system of investigating abuse claims. They say the Catholic Church in Australia continues to try and cover-up abuse.

The Church reopened a 25-year-old abuse case in Australia only days before the pontiff arrived.

The pope confronted sexual abuse in the Church in the United States during a visit to Washington in April, meeting victims and vowing to keep paedophiles out of the priesthood.

But the pope's words in Australia were stronger than those he used in the United States, where the biggest of the scandals broke in 2002 and where Boston's Cardinal Bernard Law resigned in disgrace that year.

"As he did in the United States, the pope wanted to meet some victims as a concrete gesture to express the feelings he has already shown in his comments about the drama of sexual abuse," said chief Vatican spokesman Rev. Federico Lombardi.

Lombardi said the four victims were accompanied by their supporters and a priest who had followed their cases.

Lombardi said the pope's meeting with abuse victims was kept to the end of his trip so as to separate it from WYD, July 15-20.