Pope Benedict XVI summoned his bishops from across Latin America to Brazil's holiest landmark on Sunday to enlist their help in keeping Catholicism the dominant religious force in the region. 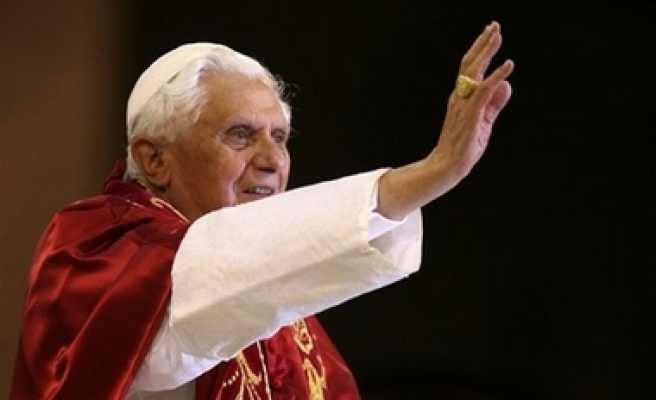 Pope Benedict XVI summoned his bishops from across Latin America to Brazil's holiest landmark on Sunday to enlist their help in keeping Catholicism the dominant religious force in the region.

While Brazil is the church's biggest stronghold on the planet, millions of Roman Catholics have joined evangelical Protestant churches in recent years, and the church's moral code is challenged across Latin America by traditionally Catholic populations flouting its prohibitions on abortion, divorce and premarital sex.

In his first visit to the region where half the world's Catholics live, Benedict spoke sternly to Brazil's bishops on Friday — and is expected to do again on Sunday when he opens a conference of Latin American bishops with an open-air Mass.

After stressing the church's moral teaching on abortion and sex during three days of events in Sao Paulo, South America's largest city, Benedict on Saturday turned to the issue of drug trafficking and its damage to society, threatening Latin American drug dealers with divine retribution.

"God will call you to account for your deeds," Benedict warned drug dealers to cheers from recovering drug addicts at the "Fazenda da Esperanca," or "Farm of Hope," drug treatment center near Aparecida.

Brazil and the rest of Latin America face dangerously high rates of drug abuse and traffickers must "reflect on the grave harm they are inflicting on countless young people and on adults from every level of society," Benedict said.

"Human dignity cannot be trampled upon in this way," the pope declared before a crowd of 6,000 outside the drug treatment center founded by a German-born Franciscan friar.

The pope will leave Aparecida for Rome after addressing the bishops, but they will spend another two weeks trying to determine how to reverse the church's losses.
Last Mod: 13 Mayıs 2007, 16:18
Add Comment