The Vatican's new point man for relations with the Muslim world has said Pope Benedict XVI decided to upgrade its office for inter-religious dialogue during his visit to Turkey last November. 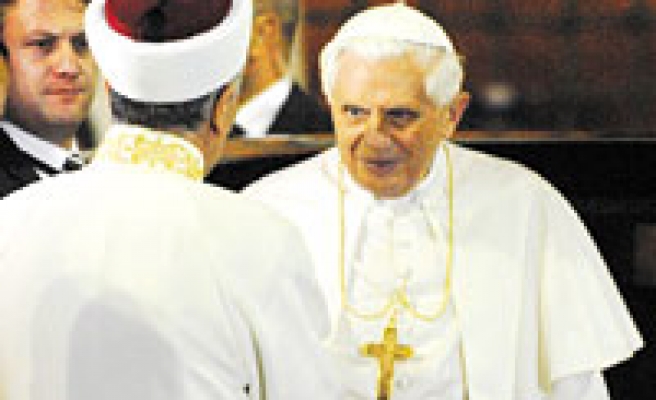 The Vatican's new point man for relations with the Muslim world has said Pope Benedict XVI decided to upgrade its office for inter-religious dialogue during his visit to Turkey last November.

Pope Benedict XVI visits the Blue Mosque in Istanbul November 30, 2006 during his trip to Turkey.

Cardinal Jean-Louis Tauran, the Vatican's foreign minister from 1990 to 2003, said after being named to head its Council for Inter-religious Dialogue on Monday that the pope chose him because of his long experience in the Middle East.

His nomination marked a rare about-face for the pope, who downgraded the Council in 2005. The uproar in the Muslim world after his speech last year in Regensburg, Germany prompted him to reconsider, Tauran told the Vatican Radio's French service.

"This decision expresses the importance the pope gives to dialogue among religions, especially Islam," the French-born prelate said on Monday evening. "It's a decision that matured during the pope's voyage to Turkey."

The pope's trip last November, which included prayers with an imam at İstanbul's Blue Mosque, focused on repairing relations with Muslims after his Regensburg speech in September implied he thought Islam was a violent and irrational faith.

Since Regensburg the pope has thought a lot about the importance of knowing each other, said Tauran, a career Vatican diplomat who has been the Vatican's chief librarian since 2003.

In an analysis, the French Catholic daily La Croix said Tauran's appointment marked a shift in the Vatican from a theological to a diplomatic approach to the Muslim world.

"When he speaks, the pope uses diplomatic concepts for Muslims, not theological ones, such as his strong calls for reciprocity," it wrote.