Populations of Africa, Asia to double in 30 years

The United Nationns Population Fund (UNFPA) said over the next 30 years, the population of African and Asian cities will double, adding 1.7 billion people - more than the poppulations of China and the US combined. 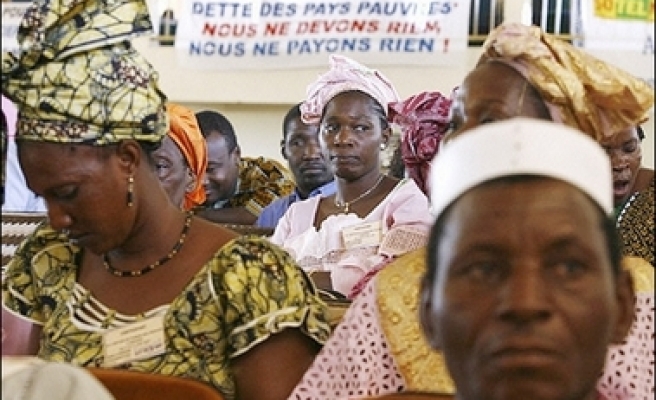 The United Nationns Population Fund (UNFPA) said Wednesday that over the next 30 years, the population of African and Asian cities will double, adding 1.7 billion people - more than the poppulations of China and the United States combined.

In a new report released today, The State of World Population 2007: Unleashing the Potential of Urban Growth, the UNFPA said that humanity will have to undergo a "revolution in thinking" in order to deal with the doubling of urban populations in Africa and Asia by 2030.

UNFPA Executive Director, Thoraya Ahmed Obaid said that what happens in the cities of Africa and Asia and other regions will shape the world's common future.

"We must abandon a mindset that resists urbanization and act now to begin a concerted global effort to help cities unleash their potential to spur economic growth and solve social problems," she added.

She stressed that to take advantage of potential opportunities, governments must prepare for the coming growth.

"If they wait, it will be too late," she says. "This wave of urbanization is without precedent. The changes are too large and too fast to allow planners and policymakers simply to react: In Africa and Asia, the number of people living in cities increases by approximately 1 million, on average, each week. Leaders need to be proactive and take far-sighted action to fully exploit the opportunities that urbanization offers," noted Obaid.

According to the report, as of 2008, more than half the world's current 6.7 billion people will live in cities.

Though mega-cities (more than 10 million people) will continue to grow, most people will be living in cities of 500,000 or fewer.

The report adds that by 2030, the urban population will rise to 5 billion, or 60 per cent of world population.

Globally, all future population growth will take place in cities, nearly all of it in Asia, Africa and Latin America.

In Asia and Africa, this marks a decisive shift from rural to urban growth, changing a balance that has lasted for millennia.

The report says that although most new urbanites will be poor, they must be part of the solution.

"The battle for the Millennium Development Goals to halve extreme poverty by 2015 will be won or lost in the cities of the developing world. This means accepting the rights of poor people to live in cities and working with their creativity to tackle potential problems and generate new solutions," said Obaid. Last Mod: 28 Haziran 2007, 09:47
Add Comment