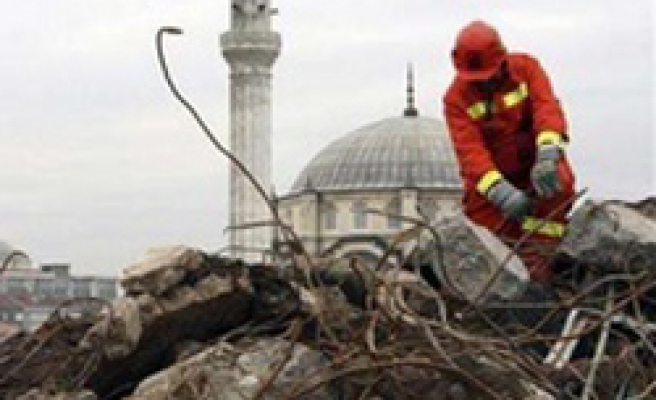 A powerful earthquake could kill up to 90,000 people if it struck Turkey's biggest city Istanbul, which has suffered devastating quakes in the past, a report published by the city's municipality said on Thursday.

Material damage is estimated to be some $40 billion if there is a quake of 7.7 magnitude, with the rescue operation covering one million people, according to the report produced by the Japan International Cooperation Agency and the city council.

Another 135,000 people could be badly injured and more than half a million could be left homeless, according to the scenario.

Istanbul, like many areas of Turkey, is close to a major fault line and has suffered major earthquakes in the past.

Work on the report was conducted by four Japanese and 10 Turkish scientists and a team of engineers and was based on a night-time population of nine million people in the city.

The city council has prepared an earthquake master plan to cope with such a scenario, focused on assessing the strength of buildings and pulling them down or reinforcing them if necessary.

It did not give a forecast timescale for any possible earthquake. Experts have said previously there was 50 percent chance of a quake with a magnitude of at least seven hitting the city within three decades.

Istanbul has some 12 million inhabitants.