Praise as good as cash to brain: Study

Paying people a compliment appears to activate the same reward center in the brain as paying them cash, Japanese researchers said on Wednesday. 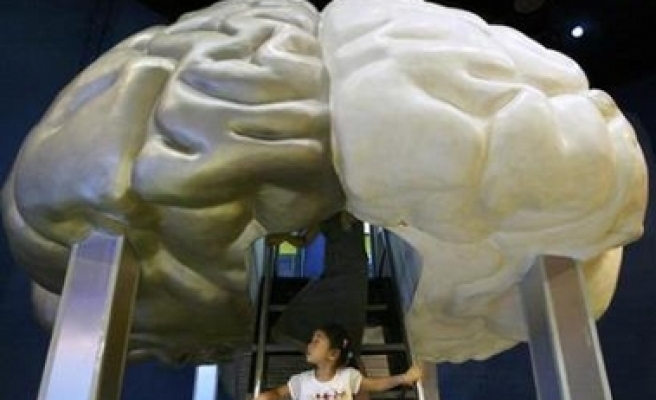 They said the study offers scientific support for the long-held assumption that people get a psychological boost from having a good reputation.

"We found that these seemingly different kinds of rewards -- a good reputation versus money -- are biologically coded by the same neural structure, the striatum," said Dr. Norihiro Sadato of the Japanese National Institute for Physiological Sciences in Okazaki, Japan.

"This provides the biological basis of our everyday experience that personal reputation is felt as rewards," Sadato said in an e-mail.

In one set of experiments, people played a gambling game in which they were told one of three cards would yield a payout. The researchers then monitored the brain activity triggered when the subjects got a cash reward.

In a second set of experiments, people were told they were being evaluated by strangers based on information from a personality questionnaire and a video they had made.

The researchers then monitored reactions to these staged evaluations -- including when the subjects thought strangers had paid them a compliment.

Both kinds of rewards triggered activity in a reward-related area of the brain. Sadato said the finding represents an important first step toward explaining complex human social behaviors such as altruism.

The fact that the social reward is biologically coded suggests that "the need to belong ... is essential for humans," said Sadato, whose study appears in the journal Neuron.

A similar study in the same journal by Caroline Zink of the National Institute of Mental Health and colleagues found the same brain region was active when people were processing information about social status.

They said the finding might have implications on how social standing affects behavior and health.

The researchers created an artificial social hierarchy in which 72 participants played an interactive computer game for money.

Participants were assigned a social status they were told was based on their playing skill. Researchers monitored their brain activity as the participants were shown pictures of inferior and superior players who were supposedly playing the game in different rooms.

"The processing of hierarchical information seems to be hard-wired ... underscoring how important it is for us," Zink said in a statement.