Prematurely born babies run a higher risk of infant death and lower fertility rates when they become adults than babies that are born at full term. 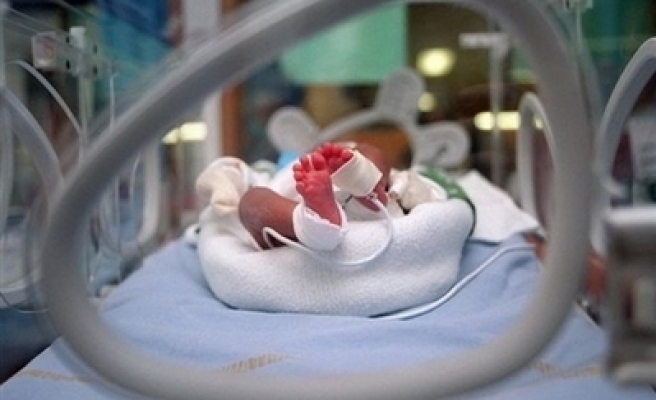 Researchers at the Duke University medical school in the southeastern state of North Carolina studied 1.16 million birth in Norway between 1967 and 1988 and followed the subjects through 2002.

Out of the total, 60,354, or 5.2 percent, were born prematurely, defined as being born up to 37 weeks after conception. A full-term human pregnancy is 40 weeks.

Slightly more boys were born premature than girls (5.6 percent to 4.7 percent), which reflects the larger ratio of male births, said the study which appears in the March 26 edition of the Journal of the American Medical Association.

Those figures show a risk that is 5.3 to seven times higher than babies born at full term.

For girls, the mortality rate among 22-27 week preemies was 1.71 percent between the ages of one and 5.9 years old, or 9.7 times higher than normal babies.

No deaths were recorded among premature girls between six and 12.9 years.

That risk was 2.5 to 2.3 times higher than babies born at term. Female babies born between 28 and 32 weeks showed no notable rise in mortality risk.

As adults, men and women who were born at 22 to 27 weeks gestation had a rate of reproduction of 13.9 and 25 percent respectively.

These men and women had also a 76 and 67 percent probability of not reproducing at comparable rates to adults born at full term.

For those born between 28 and 32 weeks, their reproduction rate was 38.6 and 59.2 percent respectively.