Ouyahia is very influential and risked becoming Bouteflika's rival as number one if he was not named to an official job, analyst said. 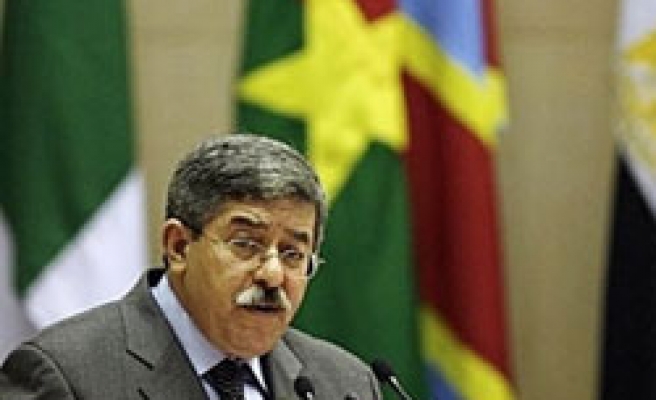 Ouyahia, a career diplomat valued for his administrative skills, leads the RND (National Rally for Democracy) party and has made several trips abroad in recent months as Bouteflika's personal representative.

Belkhadem returns to the post of minister of state and Bouteflika's personal representative that he held before becoming prime minister in 2006.

One analyst said the government reshuffle could free Belkhadem to work on a re-election bid for the president if the constitution is changed to allow Bouteflika to contest a third term.

At the same time, "appointing Ouyahia to lead the goverment team means that Bouteflika is trying to strengthen his side ahead of political steps such as the constitution revision and next presidential elections," said analyst and political science professor Ismail Maaref Ghalia.

Ouyahia is very influential and risked becoming Bouteflika's rival as number one if he was not named to an official job, Ghalia said. "Bouteflika is pragmatic and knows how to avoid obstacles," he added.

The reshuffle also sees new faces at the ministries of transport, health and agriculture, APS said, citing a statement from the president's office.

It did not mention any change at the key energy and mines ministry, whose incumbent Chakib Khelil is current OPEC president.

Ouyahia became the youngest prime minister in the oil and gas exporting north African country when he was appointed to the post in 1995, remaining there until 1999.

A year later he was elected leader of the RND, known for its opposition to Islamic fundamentalism, and made state minister and justice minister in Bouteflika's first government.

He was named premier for a second time in May 2003 after a political crisis between President Abdelaziz Bouteflika and Prime Minister Ali Benflis led to Benflis' dismissal.

Belkhadem heads the National Liberation Front (FLN), the dominant, conservative political party born out of the struggle for independence from France.