President Gul calls on Turkey now to focus on priorities

Gul said these priorities include continuation of economic and political reform process, completion of full membership talks with the EU and results of Turkey's peaceful efforts in foreign policy. 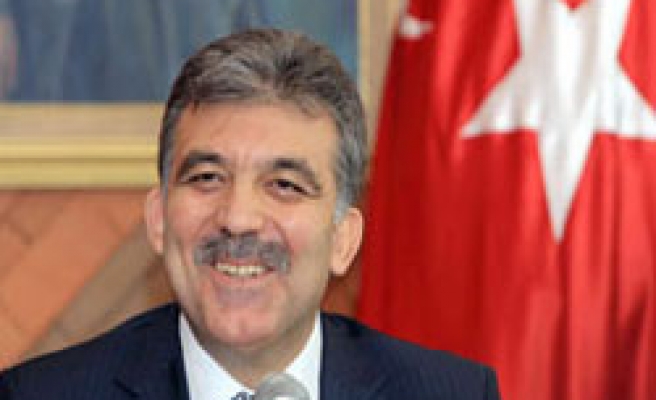 Turkish President Abdullah Gul said on Thursday that Turkey was a state of law where democracy works with its all institutions and called on everyone to focus on counrty's priorities considering international political and economic developments.

"All our institutions fulfill their duties stemming from the Constitution," Gul said in a statement that came a day after the Constitutional Court decision not to ban ruling Justice & Development (AK) Party.

Turkey's top court on Wednesday rejected an attempt to shut down the governing AK Party but imposed financial penalties on it.

"I find it necessary that everyone, especially the government, should focus more on Turkey's priorities from now on, considering international political and economic developments," he said.

Gul said these priorities include success in fight against terrorism, continuation of economic and political reform process, completion of full membership talks with the EU and results of Turkey's peaceful efforts in foreign policy.

He said focusing on these priorities would contribute to stable, safe and prosperous Turkey.

"The ruling has opened Turkey's way and foreign investors are certainly positive on the issue," said Huseyin Erkan, president of the Istanbul Stock Exchange.

The Istanbul Stock Exchange (IMKB), Turkey's main share index, rose Thursday morning as high as 4.51 percent to reach above 43,000 points for the first time since May.

The index was following an upward trend through the week with a 14.65 percent rise since last Friday and analysts said the Constitutional Court's ruling about the AK Party satisfied market expectations.