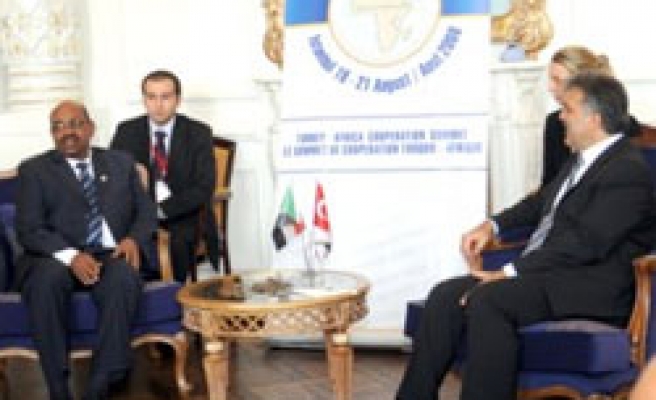 Speaking at the meeting, Gul said everybody felt sorrow over the human tragedies regardless of their race, language, and religion, and everybody should do his best to put an end to such pain.

"We are not committing genocide in Darfur," Bashir told Turkish President Abdullah Gul during a meeting in Istanbul, according to a Turkish official close to the talks.

"We are saddened by the events there," Bashir was quoted as saying.

The two men, who met for 30 minutes in an Ottoman-era palace by the Bosphorus strait on the sidelines of a Turkey-Africa economic summit, did not discuss the ICC nor the case against Bashir. Bashir does not accept the legitimacy of the court.

Gul asked Bashir to give priority to Turkish investors in Sudanese oil fields.

Separately, Turkish President Gul met President of Mali Amadou Toumani Toure who is currently in Turkey to attend Turkey-Africa Cooperation Summit. The meeting was closed to the press.