People living in Gungoren neighborhood welcomed the president by hanging red-and-white Turkish flags on their windows and waving their hands. 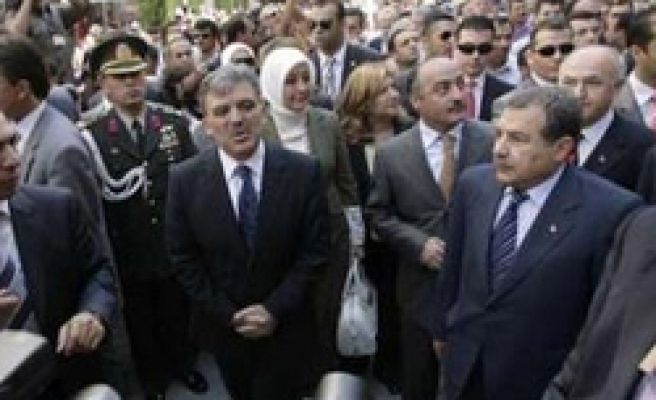 Turkish President Abdullah Gul has condemned Sunday's double bombing in Istanbul, saying, "everyone who comes here see that those who carried out these terror attacks, those who were behind them, those who masterminded them and those who instigated them are dealing with such an inhuman thing."

President Gul and his wife Hayrunnisa Gul visited the site of the attacks, and offered their condolences to the residents of the neighborhood.

"All of the victims of these attacks were innocent. They intentionally targeted innocent people without discriminating between men and women, the elderly and children. When they see pictures of the children they killed in newspapers, they cannot claim the attacks because of their shame," he said.

"Unfortunately, both the richest and the poorest countries have to live together with terror in today's world. Security forces of all countries are fighting against terrorism. Heads of state and government from around the world have sent us messages and offered their condolences. They condemned the terror attacks claiming lives of innocent people and extended their full support to our fight against terrorism," he said.

President Gul added that those who were responsible for the attacks would be brought to justice.

People living in Gungoren neighborhood welcomed the president by hanging red-and-white Turkish flags on their windows and waving their hands.

President Gul pledged that damages caused by the attacks would be compensated as soon as possible.

Tight security measures have been taken in the neighborhood during President Gul's visit.