Prince Harry is in training at a military base in Canada to prepare for a possible deployment to Afghanistan, newspapers reported Sunday. 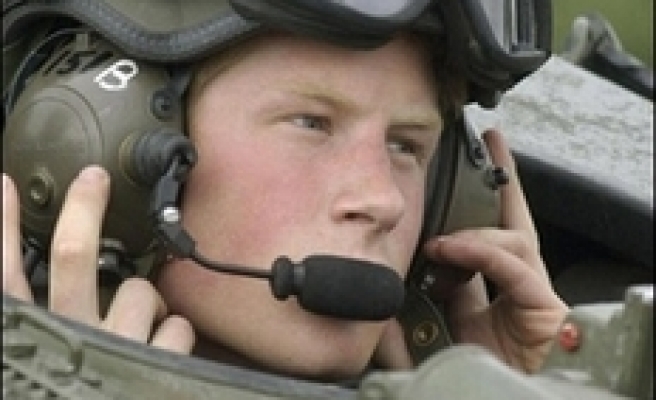 Prince Harry is in training at a military base in Canada to prepare for a possible deployment to Afghanistan, newspapers reported Sunday.

The 22-year-old officer is at the British Army Training Unit Suffield, about 100 miles (160 kilometres) southeast of Calgary in Alberta.

The casually-dressed prince flew to Calgary from Heathrow Airport on Wednesday, newspapers said.

"They got him in and out of there very quickly," a witness was quoted as saying in The Mail on Sunday, News of the World and the Sunday Mirror.

Iraq over fears he would be headhunted by insurgents.

Reports have said he is being lined up for a posting to Afghanistan instead, where it would be harder for Taliban rebels to pinpoint his location. British troops are taking on insurgents in the restive southern Helmand province.

Harry is a second lieutenant in the Blues and Royals.

Harry, known as Cornet Wales in the army, is expected to practice "fire and manoeuvre" operations at Suffield, the largest training area available for British armoured vehicles, according to the Sunday Mirror.

"All the armoured live firing training is done at Suffield. It points towards a posting in Helmand. That kind of role is less in demand now in Iraq," a military source told the tabloid.

The British Army's website says: "This area is one of the largest our army trains on and it provides a highly realistic environment."

The army and the Ministry of Defence refused to comment.