Ministers have drawn up a package of emergency measures to ease the pressures - including the early release of non-violent inmates and fewer custodial terms for lesser offences. These are predicted to send the number serving life in jails to a "crisis" l 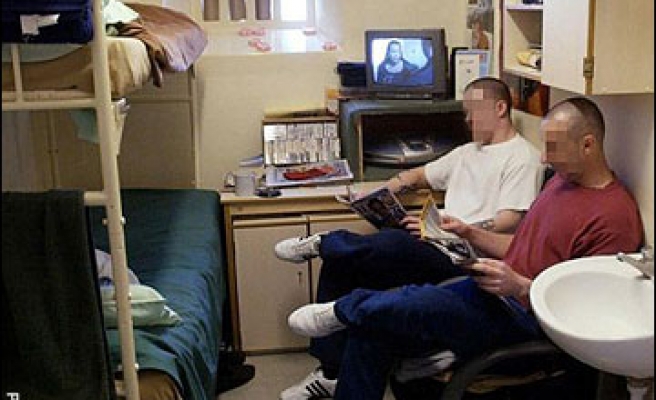 A prison overcrowding crisis is threatening to engulf the new Ministry of Justice, which starts work today, after the split of the Home Office.

Ministers have drawn up a package of emergency measures to ease the pressures - including the early release of non-violent inmates and fewer custodial terms for lesser offences.

Although Tony Blair was reported yesterday to have vetoed "softer" sentences, Whitehall officials said the ideas were still on the table.

Mr Blair is leaving office within the next few weeks and is in no position to stop his successor adopting ideas for long-term reform.

Also, with John Reid stepping down as Home Secretary, and Lord Falconer - in charge of the new Justice Ministry - expected to follow suit, their replacements will have to deal with immediate difficulties.

Lord Falconer has drawn up plans, including the abolition of custody for shoplifting, reducing the use of jail for persistent, low-grade offences and toughening up community sentences.

He has also proposed curbing magistrates' use of suspended sentences, which trigger an automatic prison sentence when breached.

Officials say this leads to too many low-grade offenders being sent to prison automatically for "petty" second offences.

The so-called "nuclear" option of executive release for some 3,000 prisoners is also available, but ministers are reluctant to use it.

Mr Blair rejected the strategy because he did not want his legacy to include a relaxation of sentencing policy.

But penal reformers and criminal justice officials believe the Government will have no choice as prison numbers mount over the summer.

It is expected to rise further as a result of new indeterminate sentences which keep prisoners in jail longer than would otherwise have been the case. These are predicted to send the number serving life in jails to a "crisis" level of 25,000 in five years.

However, not enough prison places were provided to back up the policy. Although another 8,000 have been promised, Whitehall insiders say they will not be available quickly enough to avert a certain crisis this summer.