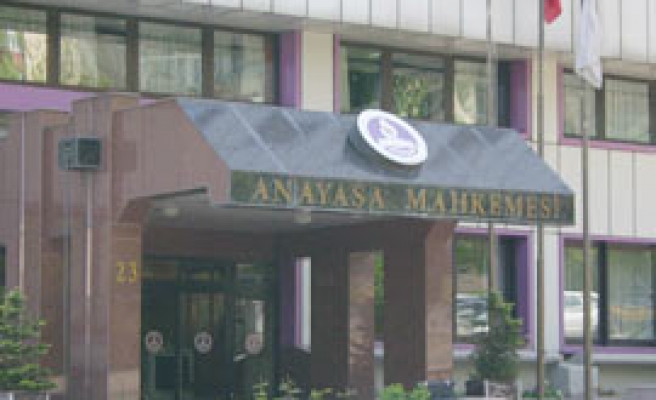 Speaking to reporters outside the Constitutional Court building, Paksut said the process for the closure case against AK Party began and a rapporteur would be assigned to the case shortly.

"The rapporteur will write the report (approbation) shortly. As this is the initial assessment, it will not exceed 10 days. After the report is written it will be taken into agenda. The frame of time here is 'in a matter of days', it will not be weeks," said Paksut.

He said the Constitutional Court would also shortly take into agenda the lawsuit filed by Republican People's Party (CHP) for annulment of the amendments to articles 42 and 10 of the Constitution.

First the Constitutional Court will examine the case file procedurally, and later approbate it if it meets the procedural criteria.

Later AK Party will make a preliminary defence, and this will be sent to the Supreme Court of Appeals Chief Public Prosecutor's Office.

After the Chief Public Prosecutor states his views on the merits of the case, AK Party will make a verbal defense in a month's time.

This will be followed by verbal statements of the Chief Public Prosecutor. Later the rapporteur assigned by the Constitutional Court will prepare his/her report on the merits of the case.

In this phase, the Chief Public Prosecutor can submit further evidence and AK Party can submit additional defence material to the rapporteur. Then rapporteur's report will be distributed to court members.

According to the Constitution, at least 7 members of the court have to vote for the closure in order for the court to shut down a political party.