That longstanding political ambition has now been realised following his defeat of the socialist candidate, Segolene Royal, but his biggest political challenge may be yet to come as he attempts to convince those who did not vote for him that he is a unifi 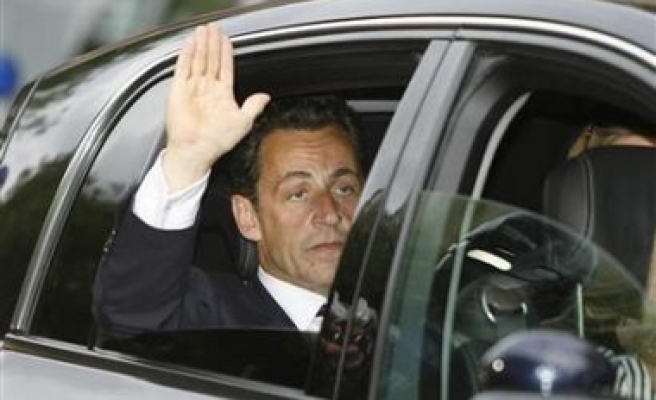 When once asked by a journalist whether he thought about becoming French president when he shaved in the morning, Nicolas Sarkozy famously replied "not just when I shave".

That longstanding political ambition has now been realised following his defeat of the socialist candidate, Segolene Royal, but his biggest political challenge may be yet to come as he attempts to convince those who did not vote for him that he is a unifier not a divider.

Lauded by his allies as a shrewd and uncompromising politician and an accomplished orator, he is equally accused by his opponents of being a dangerous hardliner.

Two spells as interior minister and his role as leader of the UMP party were seen by many observers as giving him an edge over the relatively inexperienced Royal but in that same role he was accused of fanning the flames during the surburban riots of 2005 when he described the rioters, mainly from ethnic minorities, as "rabble".

But after the 12-year presidency of Jacques Chirac one thing Sarkozy is certain to bring is change.

As Carol Matlock, the Paris bureau chief of Business Week magazine, told Al Jazeera, the new president "will be deeply engaged in social and economic policies, which is something Jacques Chirac clearly was not".

The nature of those policies will be known sooner rather than later. Sarkozy has drawn up a raft of measures to implement in his first 100 days in office and plans to put big reforms before parliament at a special session in July.

In a bid to reduce France's massive unemployment he intends to retain the 35-hour week and retirement age of 60, but as minimums rather than maximums with people free to work longer.

His stance on law and order and immigration will be watched most keenly. Sarkozy intends to set minimum sentences for repeat offenders and impose tougher sentences for juveniles.

In a bid to reduce illegal immigration he says he will pursue selective immigration that favours arrival of qualified workers and create a ministry of immigration and national identity.

Foreign policy will be another area that may seem some change of direction. Sarkozy opposes Turkey's entry into the EU, a move his predecessor endorsed.

Sarkozy was born in Paris in 1955 to a French mother and a Hungarian father. He regularly points to his mixed heritage especially when he is criticised as anti-immigrant.

His father left when he was only four and he says the experience deeply affected him and galvanized his intention to prove himself to the world.

He chose to do that via politics and joined the neo-Gaullist RPR party. After first being elected a councillor in the wealthy Paris suburb of Neuilly-sur-Seine aged 22 he became something of a protégé of Jacques Chirac, a relationship that turned frosty when Sarkozy backed Chrac's rival Edouard Balladur in the 1995 presidential election.

He was briefly ostracised by Chirac following his victory, but after the right lost heavily in 1997 legislative elections was returned to the fold.

Sarkozy is married to a 49-year-old communications consultant, Cecilia, with whom he has a 10-year-old son. He also has two children by a previous marriage, as does she. Their relationship has been rocky, though friends insist she will join him in the Elysee if he wins. Last Mod: 07 Mayıs 2007, 09:34
Add Comment