Progress made on Nasa space repairs

Nasa has reported progress on fixing glitches to a critical computer system on the International Space Station as astronauts repaired insulation damage to the space shuttle Atlantis. 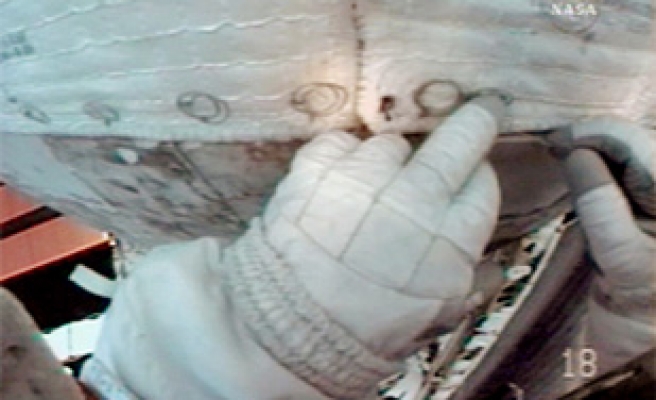 Mike Suffredini, Nasa space station programme manager, said four of the six boxes or "lanes" that comprise the computer system are up and running.

At a news conference on Friday, he said the computers, which are in the Russian segment of the $100bn space station, would be left up and running through the night but controllers would need 24 to 48 hours to determine if they were reliable.


The US space shuttle is expected bring the two boxes that are still malfunctioning back to Earth and the Russians will take replacements up on a later mission of their own.

Friday's news was the most optimistic since the computers linked to the Russian segment of the 16-nation International Space Station crashed on Wednesday.

The computers control the station's positioning in space so it can draw power from the sun, maintain proper temperatures and position antennas for communicating with ground controllers.

The German-built computers also command critical life-support equipment, such as the oxygen generators and scrubbers that remove deadly carbon dioxide. Those machines can be manually controlled as well.

Russian engineers have determined that one or two of the systems' backup power supplies have failed. Persistent failure with the computers could have forced the temporary evacuation of the space station.

The computer crash was not considered life-threatening to either the station or shuttle crews.

The spacewalkers' most crucial task was repairing a protruding piece of insulation into an engine pod near the rear of the spaceship.