Prosecutors in Munich, Germany, are requesting the extradition from the United States of 13 suspected CIA agents they say took part in the 2003 kidnapping of a German citizen. 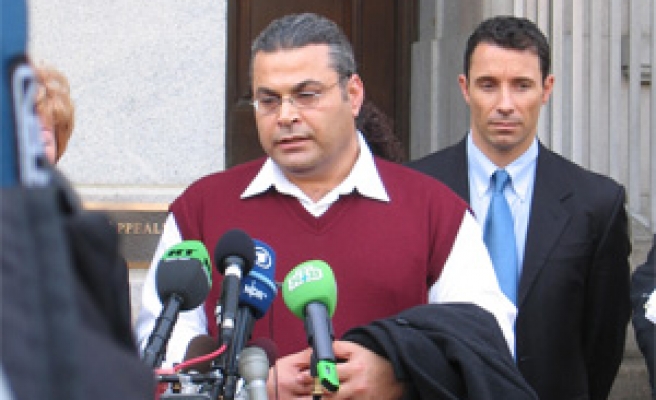 Prosecutors in Munich, Germany, are requesting the extradition from the United States of 13 suspected CIA agents they say took part in the 2003 kidnapping of a German citizen.

Earlier this year, a Munich court ordered the arrest of the 13 on suspicion of kidnapping Khaled el-Masri, a German of Lebanese descent who says he was flown from Macedonia to Afghanistan where he was imprisoned for months and tortured.

The chief prosecutor in the Bavarian state capital, August Stern, said on Monday he now wants them extradited to Germany for trial.

"These are persons who we believe were involved in the abduction of Mr. Masri," Stern told Reuters by telephone. "It (the request) affects all 13 suspected CIA agents."

Stern said he had formally made the request to the German federal government in Berlin for it to be passed on to Washington.

The Masri case has focused media attention on CIA kidnappings of suspects for interrogation in third countries. The practice, called "extraordinary rendition," has caused tensions inside Germany, and between Berlin and Washington.

The German government could block the Munich prosecutors' demand if it deemed it harmful to public interest. But this could spark an angry backlash in Germany, where the case has been under investigation for 1-1/2 years.

Last week an Italian judge effectively froze the trial of U.S. and Italian spies charged with kidnapping an imam in Milan in 2003 and then flying him to Egypt, where he says he was tortured.

The Italian prosecutors accuse the government of Prime Minister Romano Prodi of exerting undue influence in order to get "uncomfortable" cases like this put on ice.

The Munich prosecutors had not requested the extradition of the agents earlier because they were still trying to identify them. The agents had used fake names during the operation but German authorities have made progress on identifying them.

"We now have partial names," Stern said, adding that they had enough information on their identities to request their extradition. Last Mod: 25 Haziran 2007, 18:57
Add Comment