Scientists have discovered how mutations in two key proteins may lead to autism. 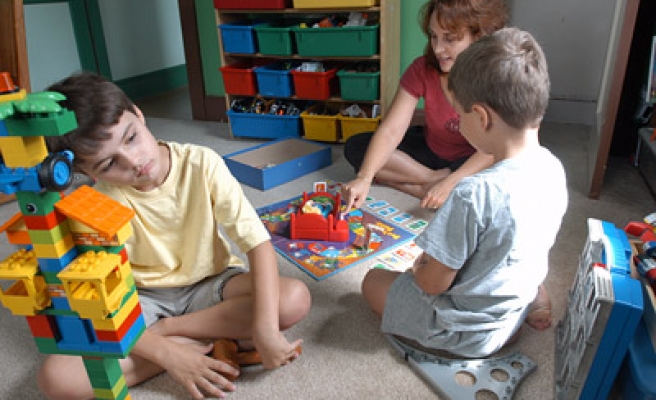 They have shown one protein increases the excitability of nerve cells, while the other inhibits cell activity.

The University of Texas team found that in normal circumstances the proteins balance each other out.

But the study, published in Neuron, suggests that in people with autism the balance between the proteins is knocked out of kilter.The findings back the theory that autism involves an imbalance between excitatory and inhibitory connections between nerve cells.

The proteins, which serve to physically link nerve cells together, were discovered by the team at the university's Southwestern Medical Center more than a decade ago.

However, until the latest study their exact function had been unclear.

Lead researcher Dr Ege Kavalali said: "Mutations in these proteins have recently been linked to certain varieties of autism.

"This work provides clear insight into how the proteins function. We can never design a therapeutic strategy without knowing what these mutations do."

The proteins - neuroligin-1 and neuroligin-2 - create a physical bridge at the junction - or synapse - of nerve cells, enabling them to make connections with others.

In studies on rats the researchers showed that raising levels of both proteins in nerve cells led to the creation of extra synapses.

When they introduced a mutant form of neuroligin-1 thought to be carried by some people with autism the number of synapses fell dramatically - and the cells became significantly less excitable.

The latest research suggests that carrying a mutant form of neuroligin-1 may depress the number of synapses that make it into adulthood.

This could hamper the ability of nerve cells to make the usual connections, and lead to the deficits seen in people with autism.

It affects the way a person communicates and interacts with other people.

People with autism cannot relate to others in a meaningful way. They also have trouble making sense of the world at large.

As a result, their ability to develop friendships is impaired. They also have a limited capacity to understand other people's feelings.

Professor Simon Baron-Cohen, director of the Autism Research Centre at the University of Cambridge, said research into the role of neuroligins in autism was important.

He said: "We need to know more about both the genes that code for neuroligins, and the neuroligins themselves, to establish if they play a specific role in the cause of autism spectrum conditions and in which subgroup.

"Understanding how the autistic brain is different to the neurotypical brain will have significant implications for education and intervention."