Protests in Germany over raids 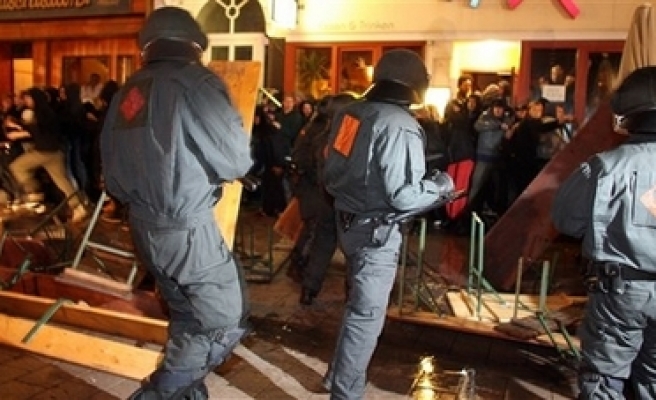 Hamburg police detained eight demonstrators who threw stones and bottles at officers securing the protests, staged outside the offices of a main activist group that had been raided. Another four demonstrators were arrested in Berlin, although protests there remained peaceful.

Supporters of Germany's anti-globalization activists called the demonstrations hours after hundreds of officers, acting on a warrant from federal prosecutors, searched 40 offices and apartments used by left-wing protesters in Berlin, Hamburg and elsewhere.

The protesters say they oppose the G-8 summit because the world's rich leaders ignore the suffering of people in developing countries while unrestrained globalization helps big business at the expense of the environment and workers. Last Mod: 10 Mayıs 2007, 19:09
Add Comment