Russian President Vladimir Putin stood firm in his country's opposition to a U.S. missile defense system, saying it could lead to "a new spiral in the arms race." 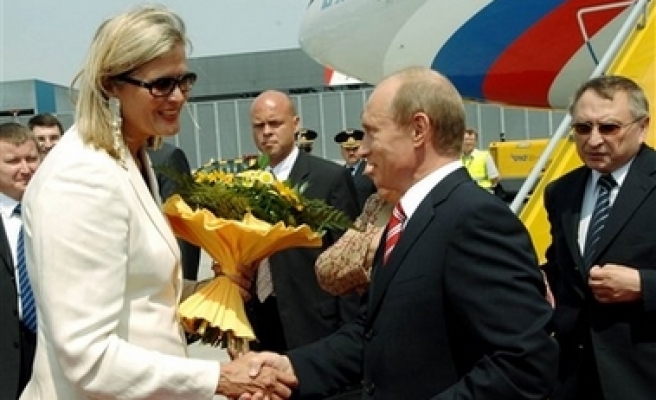 Russian President Vladimir Putin on Wednesday stood firm in his country's opposition to a U.S. missile defense system, saying it could lead to "a new spiral in the arms race."

Putin also downplayed tensions with the European Union while both acknowledging that Russia should listen to outside criticism and cautioning others not to patronize Moscow on human rights issues.

The Russian leader's comments came at a joint news conference with Austrian President Heinz Fischer during an official visit that began Wednesday afternoon and wraps up Thursday.

Putin's trip also had a distinct business flavor, exemplified by an announcement late Tuesday that Russian and Austrian companies had signed a slew of contracts totaling more than $4 billion.

The U.S. made a formal request in January to place a radar base in a Czech Republic military area southwest of Prague and 10 interceptor missiles in neighboring Poland as part of plans for a missile defense shield that Washington says would protect against a potential threat from Iran or North Korea.

"What is happening in Europe that is so negative that one has to arm Eastern Europe with these new weapons?" Putin asked reporters.

"It won't lead to anything but a new spiral in the arms race," he said. "We consider this totally counterproductive and are trying to demonstrate this to our partners."

Putin noted that the reach of Iranian missiles was not enough to hit Europe. "There are no sensible arguments, no sensible reasons" for the plan, he said.

The Russian leader did not comment on the British government's move to seek the extradition of Andrei Lugovoi, a suspect in the poisoning death of former KGB agent Alexander Litvinenko.