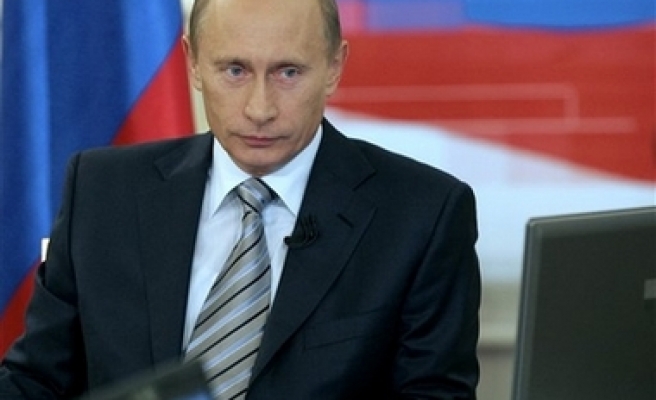 "We have a very active dialogue, and I don't exclude reciprocal visits at the highest level," Putin said during a meeting with parliament leaders at the Kremlin, according to the Interfax news agency.

"The Russian government is working to intensify our undertakings in regards to Libya," Putin added, without specifying if he would visit Tripoli before stepping down as president in May, or whether it would be the new Russian president, Dmitry Medvedev, elected earlier this month.

He also gave Gadhafi a message from Putin, in which the Russian president expressed his desire to visit Libya and to "reinforce relations between our two countries in all areas."

Russia has made no secret of its interest in Libya's burgeoning civil nuclear power market. France used the occasion of a state visit by Gadhafi to Paris to sign billions of euros worth of deals with Tripoli, including involving nuclear energy.

In February, the E.U. commission said it would begin negotiating an agreement covering political, social, economic, commercial and cultural relations with Libya once it has received the green light from the bloc's 27 member nations.