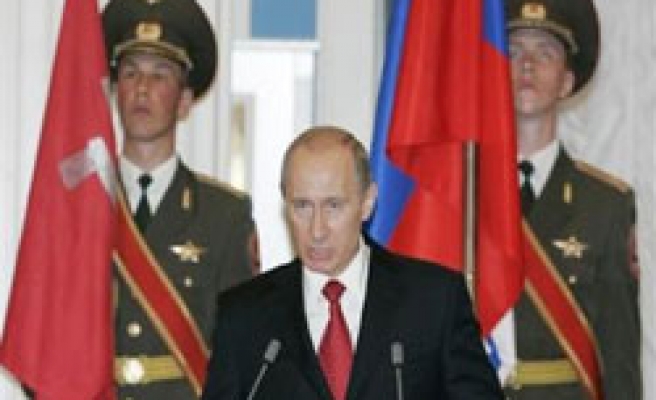 New Russian Prime Minister Vladimir Putin promised on Thursday to pay higher wages to members of the nuclear and air defence forces -- the pillars of national security -- and to create a special fund to finance it.

"We must admit: the existing system of financial allowances ... does not let us honourably pay those carrying out their military duties in the most responsible jobs," Putin said in a speech to parliament after his nomination as prime minister.

Putin, who handed over the Russian presidency to his successor Dmitry Medvedev on Wednesday, proposed creating a system of "special material incentives" for strategic forces.

"In 2009, no less than 25 billion roubles ($1.05 billion) will be channelled for these purposes," he said to the rapturous applause of the State Duma lower house of parliament, heavily dominated by his United Russia party.

Putin, who had held office since 2000, said Russia's army had received more than 300 types of new weapons since 2001.

"But this is not enough," he said. "In the future, support for the army and navy will remain our indisputable priority."

Putin's critics and independent analysts say that most of the military equipment rolled out while he was in power was designed in the 1970s and 1980s during the Soviet era.

Lawmakers voted 392-56 for Putin's appointment, with the Communists the only faction voting against. Putin stepped down as president on Wednesday after eight years in power.