Russian President Vladimir Putin warned that his military would respond to a planned American missile defense system near its borders by aiming its missiles at U.S. military bases in Europe. 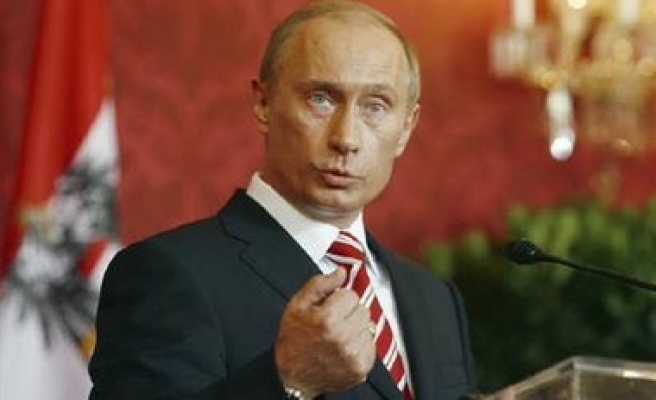 Russian President Vladimir Putin warned Sunday that his military would respond to a planned American missile defense system near its borders by aiming its missiles at U.S. military bases in Europe.

Putin assailed the White House plan to place a radar system in the nearby Czech Republic and interceptor missiles in neighboring Poland — two Eastern European countries that were in the Soviet orbit during the Cold War era. He said if the U.S. went ahead, Russia would have to take steps to restore the strategic balance in the world.

Putin said neither Iran nor North Korea have the rockets that the system is intended to shoot down, suggesting it would be used instead against Russia.

"We are being told the anti-missile defense system is targeted against something that does not exist. Doesn't it seem funny to you, to say the least?" an Putin told foreign reporters days before he heads to Germany for a summit with President Bush and other leaders of the Group of Eight.

Putin lamented that the planned system would be "an integral part of the U.S. nuclear arsenal" in Europe — an unprecedented step. "It simply changes the entire configuration of international security."

He said he hoped that U.S. officials would change their minds.

"If this doesn't happen, then we disclaim responsibility for our retaliatory steps, because it is not we who are the initiators of the new arms race which is undoubtedly brewing in Europe," Putin said.

"The strategic balance in the world is being upset and in order to restore this balance without creating an anti-missile defense on our territory we will be creating a system of countering that anti-missile system, which is what we are doing now," he added.

In an interview published in Italy's Corriere della Sera on Sunday, Putin suggested Russia could respond to the threat by aiming its nuclear weapons at Europe.

Asked whether the planned U.S. missile defense shield would compel Moscow to target its own missiles on U.S. military sites and other locations in Europe, Putin replied, "Naturally, yes."

"If the American nuclear potential grows in European territory, we have to give ourselves new targets in Europe," he was quoted as saying. "It is up to our military to define these targets."

The White House had no comment Sunday on Putin's new warning. Last week, Bush invited the Russian leader to his family's summer compound on the Maine coast on July 1-2.

Putin also suggested that in the absence of a real threat from Iranian and North Korean missiles, the U.S. plan could be an attempt to spoil Russia's relations with Europe.

Relations between Moscow and Washington have soured in the past year. The two former Cold War foes are at odds over Washington's missile plans. Last Mod: 04 Haziran 2007, 16:20
Add Comment