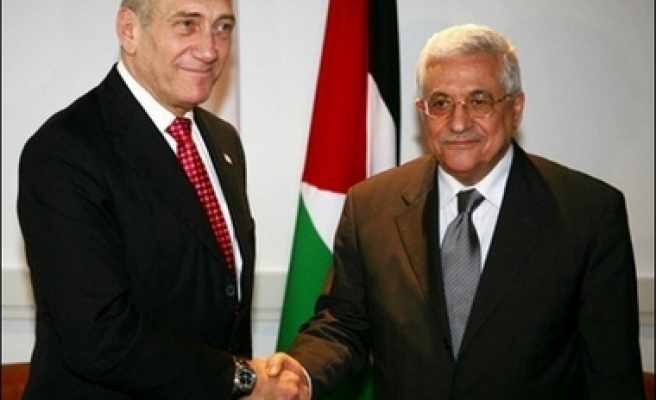 The meeting is of the envoys from the United States, United Nations, European Union and Russia — known as the Quartet.

The Quartet is expected to name outgoing British Prime Minister Tony Blair as a senior negotiator to the region, U.S. officials, speaking on condition of anonymity, said Monday.

A spokeswoman for the British Embassy in Israel, Karen Kaufman, would not confirm the report.

The envoys have "no set agenda" and will discuss "recent developments and the way forward," said a local spokesman for the United Nations, Brenden Varma.

The meeting at the U.S. consulate in west Jerusalem was closed to the press.

Monday's summit at an Egyptian resort on the Red Sea was meant to bolster Palestinian President Mahmoud Abbas, whose Western-backed Fatah party was severely weakened when rival Hamas took over the Gaza Strip.

The leaders committed to work for the resumption of Israeli-Palestinian peace talks that have been effectively stalled since 2001.

Israeli Prime Minister Ehud Olmert pledged at the meeting to release 250 Palestinian prisoners from Israeli jails and "substantially" improve Palestinian movement in the West Bank by lifting roadblocks. He said he would hold "frequent meetings" with Abbas' new government.

The Arab leaders hope the high-profile gathering can lead to a resumption of the long-stalled peace process, rally Palestinian support behind Abbas and isolate Hamas after the victory in Gaza. Last Mod: 26 Haziran 2007, 14:46
Add Comment