The four major international players in the Middle East peace process will this week confirm outgoing Prime Minister Tony Blair as their envoy, the Financial Times reported on Monday. 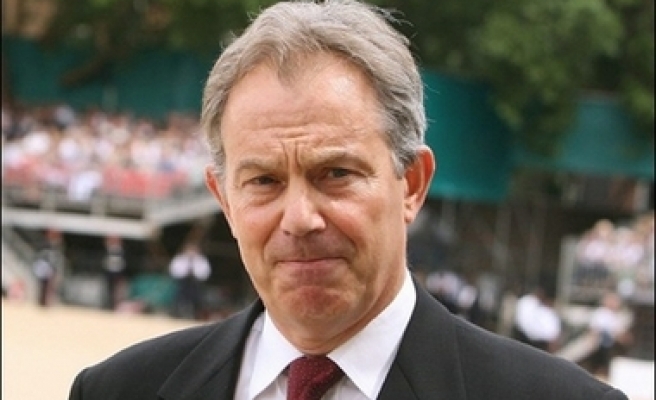 The four major international players in the Middle East peace process will this week confirm outgoing Prime Minister Tony Blair as their envoy, the Financial Times reported on Monday.

The business daily said in its last edition that representatives from the Mideast Quartet -- comprising the European Union, United Nations, Russia and the United States -- will formally agree the 54-year-old's role when they meet in Jerusalem on Tuesday.

"Blair's appointment has been 150 percent approved," the newspaper quoted an unnamed figure close to the negotiations as saying in a report from London.

"The Jerusalem meeting is all about arranging logistics, making final arrangements and getting the announcement out."

Blair leaves office Wednesday after 10 years in power. On Sunday he handed over leadership of the governing Labour Party to his finance minister, Gordon Brown, who succeed him as premier.

The FT said there was speculation in London that Blair's long-serving chief of staff Jonathan Powell could accompany him in the new role but no independent confirmation.

It added that Russia's Foreign Minister Sergei Lavrov is thought to have discussed the appointment with President Vladimir Putin, who has not opposed to it.

US President George W. Bush has signalled his support for Blair for the role, although Blair himself has not commented on the claims.

But the EU's foreign policy chief Javier Solana was opposed to the move, because it would detract from his efforts in the Middle East, the newspaper said.

But his role as a peace broker has been seen as tainted because of Britain's involvement in Iraq and his refusal, with the United States, to call for an ceasefire in Israel's conflict with Hezbollah in Lebanon last year. Last Mod: 25 Haziran 2007, 15:19
Add Comment