An influential Iranian cleric harshly criticised President Mahmoud Ahmadinejad for failing to pursue a policy of privatisation to overhaul the lumbering economy, a newspaper reported on Wednesday. 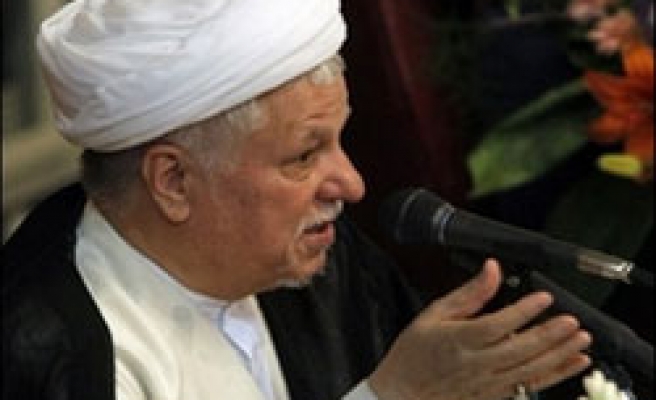 An influential Iranian cleric harshly criticised President Mahmoud Ahmadinejad for failing to pursue a policy of privatisation to overhaul the lumbering economy, a newspaper reported on Wednesday.

Former president Akbar Hashemi Rafsanjani, a political rival of Ahmadinejad, said the president had failed to carry out Article 44 of Iran's post-revolution constitution, which calls for the privatisation of the state-dominated economy.

The law decreed that core infrastructure must remain in the hands of the state.

"The government has become a major employer, causing a lot of economic problems for the country," said Rafsanjani, a top adviser to Iran's most powerful figure, Ayatollah Ali Khamenei.

"The government has got involved in many economic activities ... Ahmadinejad has turned the economy into a fully state-dominated economy."

Khamenei, Iran's Supreme Leader, has repeatedly ruled out a capitalist approach to privatisation in Iran, saying privatisation must be carried out while securing state supervision and sovereignty.

Ahmadinejad, who came to power in 2005 on a pledge to share out Iran's oil wealth more fairly, has come in for criticism at home for failing to tackle inflation in the world's fourth-largest oil producer.

Rafsanjani, a pragmatic politician who has been siding with reformists seeking political and social change, said the Expediency Council had no intention of tolerating Ahmadinejad's economic policies any longer.

"When Ahmadinejad was elected, the leader asked us to tolerate his economic policies ... but after three years, the era of tolerating the government on carrying out privatisation has ended," he said.

"The government still controls many key industries. Giving control of sectors to semi-governmental organisations does not mean privatisation."

Khamenei has urged the government to deal with economic problems, but has still voiced support for Ahmadinejad.

The government blames rising prices on factors including international pressure over its nuclear work, its big subsidies, rapid liquidity growth and the falling value of the U.S. dollar.