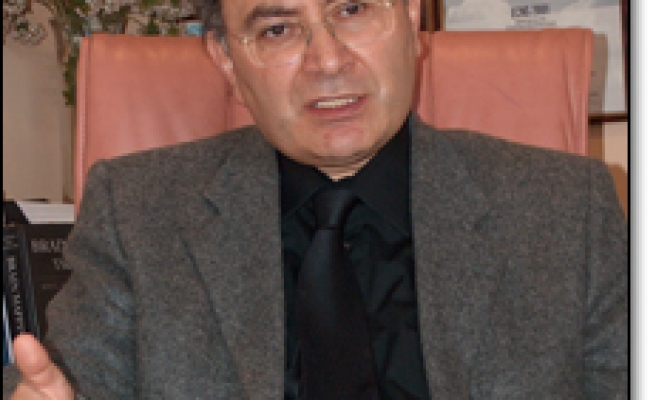 Turkey has seen a series of “republican rallies” in recent weeks, the first occurring on April 14 in Ankara’s Tandoğan Square, and then others occurring in İstanbul, Manisa, Çanakkale and finally İzmir.

Thousands of people attended these meetings, so how can we describe a common profile and psychology of those participating? Some experts agree that many of those in attendance were pushed by the fear resulting from the belief that “Turkey is turning into Iran, the conditions that guide my life are about to change.” The mass attendance of the republic meetings could be considered as a reaction to this psychology.

Psychiatrist Dr. Nevzat Tarhan notes that people are in themselves small representations of society at large and that the same dynamics used to affect people have been used to affect society as a whole. Tarhan notes certain predispositions have been useful for forces influencing society. He explains: “An important factor is whether a society is emotion-based or reason-based in its structure. In homogenous groups of people, emotions and feelings are generally more prominent. In heterogenous societies, reason and logic are more prominent. At the recent republic meetings we saw homogenous groups whose feelings based on certain predispositions and previously held beliefs were at the forefront of their actions. In the pre-Sept. 12 period there were groups brought together by the threat of communism. And now we see groups brought together by the threat of disappearing secularism. The fear binding those attending these meetings is not based on the republic itself, but on its principles of secularism. It seems that there should have been meetings held in reaction to the original one. But the groups opposing the groups at the meetings plan on registering their response at the general elections. Eastern societies are feeling and emotion-based societies, obliging us to remember that saying: either love it or leave it.

What is going on at these meetings is an attempt to polarize society. There is a desire to manipulate society. There is a difference between responding to something and reacting to something. These are meetings of emotional response. Some people try to achieve their aims in appropriate ways; those who don’t want to do so disrupt institutional order instead. While debates go on in Ankara, they will say ‘there is a civil reaction occurring.’ These meetings will be used to convince others in debates. If there is truly an Iran fear at hand, it has to be dealt with in democratic ways -- not through military coups. The April 27 internet communiqué was an intervention in justice.”

Dr. Tarhan also notes that reactions begin at the point where hopes dwindle, pointing to how certain assumptions mixed with fear over losing a way of life helped to create the emotional group stress witnessed at the meetings that took place recently. Talking about how the people attending these meetings do not feel safe, Tarhan notes: “Society is like an enlarged version of an individual. One of the most effective ways to convince and influence society is through propaganda. The same things get said over and over again. In psychology we say, ‘There is no incorrect information, just certain chosen truths.’ One fact or truth is chosen and then repeated over and over again. A mistake made by the government is found and is used as something to repeat and focus on. Right now this is what is happening with the Iran fear.

“Anachronistic practices are being presented to society and highlighted through heavy propaganda. In order to breach the castle walls you have to fire hundreds of rounds from a gun. Rather than trying to put up a defense against this type of repetitive propaganda, it is important to insist on your own beliefs and truths. You have to be open and clear. Eastern societies are quite open to manipulation by religious feelings. We are always stuck between feelings of love and hatred. We want the people who we love to think like us. There is a sort of monopolistic approach in all this. People think they can’t love those who don’t dress like them. In fact though, these attempts to influence others are not in accordance with society and the individual. In societies where influence and obedience are valued highly, you will also see pressure and threats used. Obedience or compliance that emerged on its own only comes with love. And this is difficult, and takes time.”

Dr. Tarhan points to “narcissism” as a reason behind societal intolerance, noting that the way out of this situation is through dialogue. Underscoring the importance of communication, Tarhan says: “The result of communication is the ability to affect or influence. The effects and influences are felt on both sides. Living together in one society increases dialogue, but if one starts to talk about secret agendas or ill intentions, empathy begins to decrease and paranoia increases. If fears are expressed loud and clear solutions can be found. This message must be given to people with religious sensitivities. They must know about these serious fears. These are fears bringing people together in city squares. Just as the people of Turkey gathered together in fear over communism in the run-up to the Sept. 12 coup, now there are these fears of a society divided bringing people together.”

Touching on how personal egotism can evolve into societal egoism, Dr. Tarhan says that in fact egotism has destroyed the ability to criticize: “Egotism means seeing yourself as more important and valuable than others. When there is a tendency to see people as a herd, the desire to live together evaporates. Egotists are not open to criticism. They tend to view people who choose to dress or live differently than themselves in a very different way. Racism for example is rooted in ethnic egotism. Then there is group egotism among people who see themselves as privileged. But everything at these meetings springs from fear. Politics based on fears which have been exaggerated cannot bring about peace and security. They might result in a temporary success, but that’s it. People need to not respond to these games. There needs to be politics based on reason and shared interests. For example what can we base on the precept of living together in one society? Even if we are opposed to one another, we all live in the same nation, and even if we don’t like this and don’t get along, we have to deal with it.”

Sociologist Dr. Nilüfer Narlı talks about how a significant portion of the attendees at these recent meetings have been more middle class city dwellers. “People in this group have stayed far from street politics for many years, either that, or they are people who have never been involved in street politics. A smaller faction present in these meetings has been some coming from the provinces or smaller towns outside the big cities. Also the representation of Turkey’s Alevi population at these meetings has been noticeable. A large portion of those at these meetings are people who have felt for years a lack of harmony between their political parties and their own political stance, and who have thus become removed and distanced from their parties. Some have not even voted in recent elections due to indecision, but now they are voting and they are full of demands on the subject of unification on the center right and center left and representation in parliament.”

Dr. Narlı continues talking about why people flooded into Turkish city squares through late April and early May for the meetings: “In analyses like these, gauging people’s perceptions is very important. There were two important perceptions at the forefront of people attending these meetings. The first is the general perception of the influence that political Islam is having over both society and the institutions of the state. The second is the perception that certain indispensable principles clarified in the Constitution are in danger. Amongst youths attending these meetings, certain practical concerns, like unemployment, were also at hand. This perception that they will remain unemployed and that, relatedly, Turkey will be negatively affected by its US and EU policies, are some of the influencing factors and worries voiced by this group at the meetings.” Dr. Narlı notes that democracy is really working when political dissatisfactions are relayed through democratic channels to the government, and when in turn the government lends an ear to these rising voices of displeasure. Narlı finished by expressing the belief that in Ankara, the ruling administration and the opposition parties are listening to the rising chorus of voices from city squares across Turkey, as well as to the cacophony of other political voices. Last Mod: 20 Mayıs 2007, 17:03
Add Comment