An elephant rampaged through a Hindu temple in southern India on Wednesday, killing three people, including one of its handlers, police said. 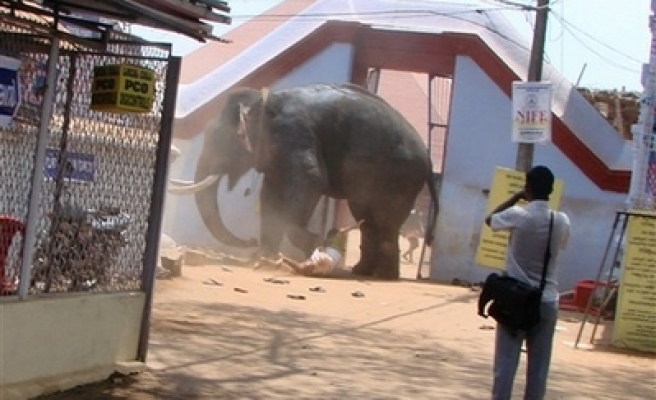 Television footage showed the adult male elephant charging through the temple compound. It knocked down a thatched awning, tried to batter its way through a steel gate and finally trampled a man, kicking the limp body several yards through the air.

The elephant was being used during a ceremony for a regional festival in the southern Thrissur district when it suddenly went wild, killing a man and a woman and then a handler who was trying to bring it under control, police officer Jay Prakash said.

It was not clear what sparked the rampage, he said, but the beast was later brought under control.