'Rapporteur to complete his report on AK Party case Friday'

Turkish chief judge said Thursday they would most probably make the preliminary examination of the AK Party indictment on March 31st. 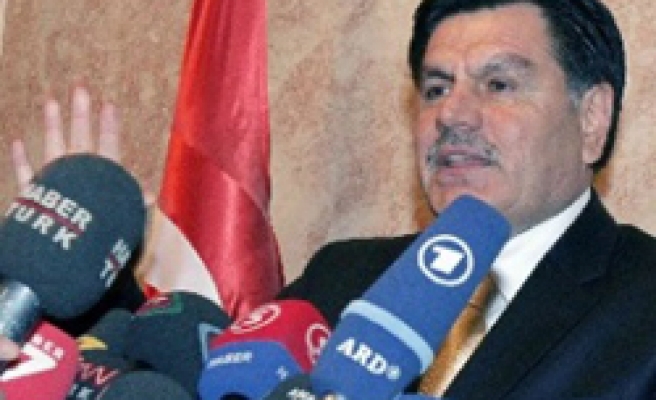 Hasim Kilic, chief justice of the Turkish Constitutional Court, said Thursday that every individual and institution in Turkey, as well as the ruling party and its opponents, had responsibilities.
"We should fulfill our responsibility and obey to the pre-requisites of living together," he said.

Kilic delivered a statement and replied to questions of reporters at his office on Thursday.

"It is obvious that creating tension within the society will not be in the interest of anybody," he told.

Kilic also said that the rapporteur, who will prepare the report regarding the closure case filed against Justice & Development (AK) Party, was also in charge of writing a report regarding the case on the annulment of the constitutional amendments that revoke the headscarf ban in universities.

"The rapporteur had to stop his studies on the headscarf case, as he is currently examining the file on the closure case. However, if we complete this file on Monday, the rapporteur will go on with his study on the other case and finalize it rapidly," Kilic said.

He also said that nobody should feel concerned or feared as long as the institutions continued to function as they should be.

"I wish we could discuss our problems in a peaceful climate, without querreling with each other," he added.

Kilic said the current problems of Turkey should be resolved within the framework of the principle of state of law.

Upon a question on the harsh criticisms targeting the chief prosecutor who asked for the closure of AK Party, Kilic said the criticisms should be made carefully and within the framework of the law.

Replying to another question on the closure case, Kilic said there were 17 additional files attached to the indictment on the case and the rapporteur would examine each of these documents.

Commenting on whether a constitutional amendment aiming to complicate the closure process of political parties could be enacted while the closure case continued, Kilic said, "the parliament can surely make some amendments, however the nature of the amendment is of great importance. I do not know whether it would affect this case".