Reactions on Blair as 'peace envoy', strongly supporting US occupations 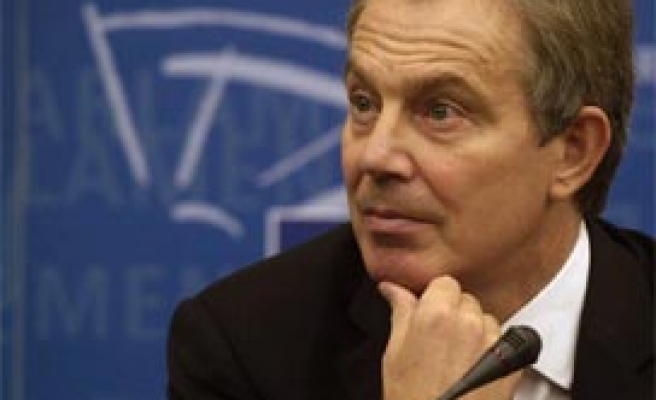 While Israeli and some Palestinian leaders hailed on Wednesday the appointment of outgoing British prime minister Tony Blair as Mideast peace envoy, Hamas group controlling the Gaza Strip condemned it.

Blair will act as the special envoy of the so-called quartet, made up of the European Union, Russia, the United Nations and the United States, which seeks to find a solution to the conflict between Israel and the Palestinians.

The post of quartet representative has been vacant since former World Bank chairman James Wolfensohn left in frustration in May 2006.

In Jerusalem the news was welcomed by Israeli foreign ministry spokesman Mark Regev.

“Tony Blair is a friend of Israel, a friend of the Palestinians and above all a friend of peace. We are delighted with the idea of working with him,” he said.

Palestinian president Mahmud Abbas, on a visit to Amman, greeted the appointment of Blair and pledged to work with him towards achieving peace, an official said.

Abbas: He will bring peaceful solution

“The president, who was consulted on the matter, has given the assurance that he will work with Mr Blair to arrive at a peaceful solution on the basis of two states,” Erakat added.

Western-backed Abbas is in Jordan for a meeting with Saudi King Abdullah before a visit to Switzerland and France.

Hamas: Blair not man of peace

But the Hamas, which seized control of the Gaza Strip 12 days ago, condemned the appointment.

“Blair, who supported the American occupation in Iraq and Afghanistan, may not be a man of peace,” Hamas spokesman Fawzi Barhum told AFP in Gaza.

US President George W. Bush welcomed his closest ally to his new post as envoy for Middle East peace.

“I am pleased that this capable man has agreed to continue his work for peace in the Middle East,” Bush said in a statement.

Reaction from Russia was more guarded with Foreign Minister Sergei Lavrov saying that Moscow would support Blair’s appointment if the other members of the quartet were in favour.

In Paris French President Nicolas Sarkozy applauded the appointment of Blair, lauding his “qualities as a statesman and his knowledge of the region”.

Meanwhile back home, Britain’s new Prime Minister Gordon Brown said he was “delighted”, adding that his predecessor was ”exceptionally well placed” to take on the role.